Home BUSINESS Danger: Europe Is Running Out Of Coal, Oil-Experts 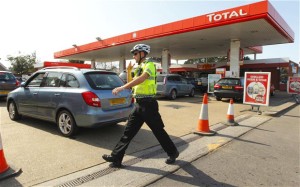 “Coal, oil and gas resources in Europe are running down and we need alternatives.”
This is an announcement from experts in the United Kingdom, one of who is Professor Anderson.
Professor Anderson was particularly referring to the UK which he said is set to run out of its oil, coal and gas supplies in a little over five years.
Research from the Global Sustainability Institute also named other European countries  as having been facing similar shortages and that many nations will become entirely dependent on energy imports in the next few years.
The UK has 5.2 years of oil remaining, 4.5 years of coal and three years of gas before completely running out of fossil fuels, says the institute, which is based at Anglia Ruskin University.
France is reportedly even worse off, with less than a year’s worth of fossil fuels in reserve, while Italy has less than a year of gas and coal and a single year of oil.
“The EU is becoming ever more reliant on our resource-rich neighbours such as Russia and Norway, and this trend will only continue unless decisive action is taken,” said Dr. Aled Jones, the director of the institute.
“It is vital that those shaping Europe’s future political agenda understand our existing economic fragility.”
Despite the shortages faced by UK, France and Italy, other EU countries have more reliable supplies. Germany has more than 250 years of coal left (but only a year’s supply of oil and gas) while Bulgaria has 73 years of coal and Poland has 24 years.
Russia is one of the best appointed countries in Europe with its massive land mass offering up more than 500 years of coal, 100 years of gas and 50 years of oil.
Professor Victor Anderson, also from the institute, has urged a “Europe-wide drive to expand renewable energy sources such as wave, wind, tidal, and solar power.”
The Government has recently announced cuts in its subsidies for large-scale solar farms from next April, two years before they were projected to end, and the Conservatives have said they will not subsidise new onshore wind farms if they win the 2015 general election.
Ministers are instead hoping that a combination of shale gas – extracted by fracking – and new oil finds in the North Sea will be able to plug the coming deficit