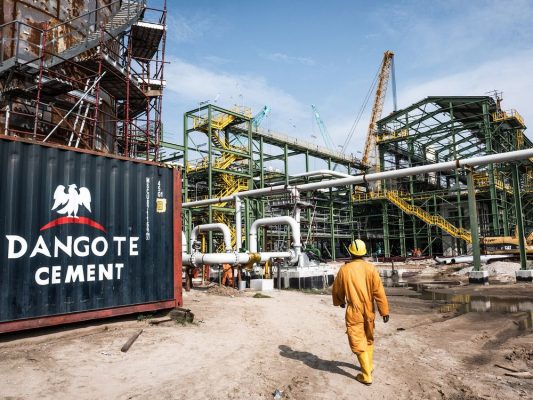 Dangote Industry Limited has announced the completion of its ₦187.6 billion Series 1 Bond Issuance, described as the largest corporate bond ever issued in the history of the Nigerian capital market.

It said that the bond issuance was well received by domestic pension funds, asset managers, insurance companies and high net-worth investors, adding that it is planning to utilize the net proceeds from the bond issuance to part-finance the Dangote Petroleum Refinery Project, an Integrated Petrochemical Complex, and the largest Single Train Petroleum Refinery in the World.

Speaking on the significance of the Transaction, the Group Managing Director of Dangote Industries, Olakunle Alake considered it a pride to have set the milestone by showcasing the depth and liquidity of the Nigeria Debt Capital Market.

“The success of this transaction further demonstrates investor confidence in our credit story and the appreciation of the work done by the Group across several key sectors that are crucial to the development of the continent.

“The proceeds from this landmark transaction will be used to part-finance the Dangote Petroleum Refinery Project which is the initiative by the Group to establish the largest refinery in Africa, thus positioning Nigeria as a net exporter of refined crude. We want to specially thank the investor community for their support on this transaction, as well as our various advisors and stakeholders.”

Also speaking on the transaction, Standard Chartered’s Executive Director, Corporate, Commercial and Institutional Banking, Nigeria & West Africa, Olukorede Adenowo, said that the transaction reflected the strong credit quality of the issuer as well as the resilience of the Nigerian domestic debt capital markets, despite the current global market volatility.

“We thank the Board and Management of the Dangote Group for continuously striving to develop the domestic debt capital markets and setting records through its various issuances both at the subsidiary and Group levels. We also thank the Securities & Exchange Commission, Nigerian Exchange Limited (“NGX”) and FMDQ Securities Exchange Limited (“FMDQ”) for their unwavering support throughout this entire process.”

The statement said that the Bond notes will be listed on the NGX and FMDQ.