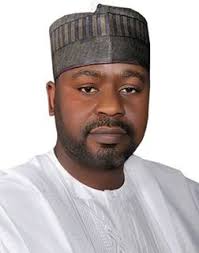 With the $7.5 Billion United States of America’s initiative in power sector in Africa, dozen of foreign investors are already making moves to invest in Nigerian power sector.
According to the Minister of State for Power, Mohammed Wakil when he gave feedback on his trip to the United States for a Power Africa B2B Summit, organized by the US Department of Commerce in Miami Florida, the foreign investors are attracted by the opportunities in the solar, wind and other areas of the power sector in Nigeria.
Some of the firms which were at the summit and showed interest in the Nigerian power sector include Chadbourne & Parks, Global Energy group, Greenberg Traurig, MGill & Associates and business partners of MBD Business Centre in Miami as well as those of Global Business Resources in the USA.
The Summit was designed to mobilize investment fund from the private sector to power the African continent.
The minister said that the Nigerian Power sector is set to reap the benefit of the $7.5 billion US Initiative which was launched in South Africa by President Barrack Obama in 2013.
The Minister expressed happiness on the fact that most of the investors at Miami summit were positively disposed to investing in Nigeria, especially in the areas of renewable energy.
Mohammed said that such potential investors were particularly moved by the existing incentives, such as risk guarantee, the waiver regime for renewable energy equipments, favourable policy frameworks among others.
He expressed confidence that with is happening in the power sector, Nigeria, one of the six chosen countries, will benefit massively from the US Initiative.