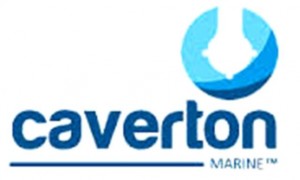 The pioneer Managing Director of Caverton Helicopters, a leading aviation company in Nigeria, Mr. Sola Falola is bowing out after eight years of positioning the organization, which is a subsidiary of Caverton Offshore Support Group.
A statement from the company said that Falola had successfully served out two terms of four years each and is stepping down in line with the company’s corporate governance practice.
The statement described the outgoing Managing Director as Amiable and Hard working, adding that his tenure witnessed tremendous growth and brought the company to lime light.
“His administration won major oil servicing contracts to provide aviation support services for major oil companies.”
The statement said that the management has appointed Captain (Dr) Josiah Choms to succeed Falola, adding that the new man is coming in with a wealth of experience that span two decades.
The new Managing Director was a graduate of the Prestigious Nigerian Military School Zaria.
At the age of 18, he went straight to School of Aviation Technology Zaria to study aeronautic engineering and proceeded to the United States for his pilot training.
Captain Choms was until his appointment, the Shell Contract Manager for Caverton Helicopters.
He holds the Airplane Transport Pilot Licenses (Aeroplanes and Helicopters) and is a certified flight instructor. He is an authorized examiner for the Nigerian Civil Aviation Authority.
He is also an ISO 9001:2008 lead auditor. He holds a PhD from the United States of America.
Captain Choms joined Caverton in August 2010, serving first as the Chief Pilot for Shell Port Harcourt before his promotion to Managing Pilot for the entire Shell Operations covering Port Harcourt, Warri and Lagos
He has over 20 years flying and administrative experience in aviation industry
Captain Choms who assumed duty recently admitted that the shoes of Falola are too big for him, however pledged to take the company to the next level and to drive the re positioning efforts of the company. [myad]