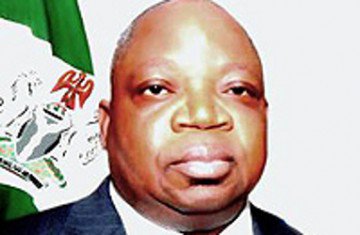 The Nigerian Federation Account Allocation Committee (FAAC) has constituted a committee to find out the reasons for the inability of the Nigerian National Petroleum Corporation (NNPC) to pay the $1.48bn into the federation account as directed by PriceWaterHouse Coopers in its forensic audit of the corporation.

PriceWaterHouse was last year, hired to carry out the exercise following an allegation by the former Governor of the Central Bank of Nigeria (CBN), Sanusi Lamido Sanusi, that $20 billion was not remitted to the Federation Account by the NNPC.

Sanusi, who is now the Emir of Kano, had written a letter to President Goodluck Jonathan that $49bn was not remitted to the Federation Account by the NNPC.

But following the controversy, which the letter generated, a committee was set up to reconcile the account.

Sanusi later recanted and said the unremitted fund was $12bn. He later again changed the figure to $20bn.

PwC, in the report, had stated that while the total gross revenues generated from crude oil liftings was $69.34bn between January 2012 and July 2013 and not $67bn as earlier stated by the Senate Reconciliation Committee, what was remitted to the federation account was $50.81bn and not $47bn.

Within the $69.34bn, the audit report revealed that $28.22bn was the value of domestic crude oil allocated to NNPC, adding that total amount spent on subsidy for Premium Motor Spirit amounted to $5.32bn.

But the Chairman, Forum of Finance Commissioners of FAAC, Mr. Timothy Odaah,while speaking on the matter during an interview with journalists after this month’s allocation committee meeting today said that the committee is worried about the delay in releasing the fund.

He said that while the President had given directive for the fund to be made available, the corporation had yet to release the fund with about a month to the end of the current administration.

Considering the persistent drop in allocations to the three tiers of government, he said the money was needed by the states so that they could meet up with their obligations since majority of them had yet to pay salaries and contractors.

“We are making a clarion call that the directive on the $1.48bn, coming from the audit of NNPC, should be made available so that we can clear that.

“The coming (April) FAAC is the last FAAC and we believe it should come during that period because if it doesn’t come in by then, it is belated and we don’t want it to escape that period.

“Today, there was a committee constituted for the purpose of ensuring that we meet with the NNPC so that everything would be ironed out because we know that Mr President had already given the directive and we also know that the minister had directed that it should be paid but we don’t know exactly what is happening.

“We need that money, the Federal Government needs it, the states and local governments also need it and if it is not released with this type of abysmal funding we have, it will be very terrible.” [myad]