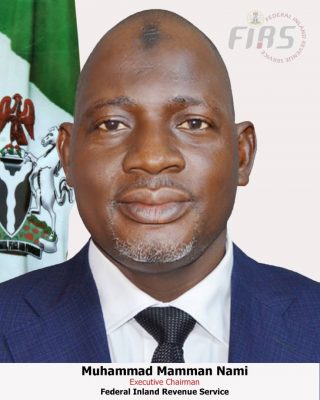 The Federal Inland Revenue Service (FIRS) has announced an exponential growth of 1,000 percent in revenue accruing from Stamp Duty collection in the first five months of 2020.

The Service said it had remitted N66 billion into the Federation Account through the Stamp Duty instrument from January to May, 2020.

This remittance far outclassed the January 2019 to December 2019 N18 billion even at the time the economy ran at full steam and had no global pandemic to deal with.

The Service regarded the huge leap in Stamp Duty revenue as another landmark achievement under the leadership of its Executive Chairman, Muhammad Nami, who took charge of the Service only in December 2019.

It recalled that the Federal Government inaugurated the Inter-Ministerial Committee on Audit and Recovery of Back Years Stamp Duties on Tuesday in Abuja during which a new FIRS Adhesive Stamp was also unveiled by Senate President Ahmed Lawan.

A statement by Director, Communications and Liaison Department, FIRS, Abdullahi Ismaila Ahmad, quoted Nami as saying: “Stamp Duty is essentially a duty chargeable on both physical or electronic instruments. The stamp is used to denote a dutiable instrument either electronically, use of an adhesive stamp or inked with a block die in acknowledgement for duty paid.

“In Nigeria, Stamp Duties administration is governed by the Stamp Duties Act, CAP S8, LFN 2004 (as amended) whose forerunner was the Ordinance 41 of 1939. The Stamp Duties Act has therefore undergone several amendments over the years up to the Finance Act of 2019. The most recent amendment recognizes technology, economic realities, e-commerce and cross border transactions.

“Stamp duties is basically charged in two forms, either ad valorem; where duty payable is a percentage of the consideration on an instrument or a fixed sum irrespective of the consideration on dutiable instrument or document. With the Finance Act, 2019, FIRS is the sole competent tax authority to assess, collect and account for Stamp Duty in Nigeria.”