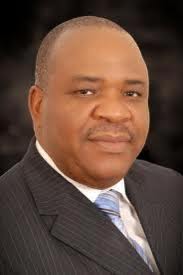 Nigeria’s Minister of Works, Mr. Mike Onolememen has reiterated the Federal Government’s commitment to grow the economy through the provision of good and motorable roads for Nigerians.

The Minister, who addressed the Director-General of Nigerian Television Authority (NTA), Shola Omole when he paid him a courtesy call in his office, said that his ministry is ready to partner with NTA as the medium with the widest coverage in Nigeria and across Africa.

According to him, there is a link between good road networking and economic improvement for the Nigerian people, saying that government is ready to connect all the six geo-political zones so as to improve the socio-economic activities.

He emphasized the importance of road in economic development, even as he noted that American President, Barak Obama had to borrow about $600bn just to develop roads in America.

He also recalled that immediately his assumption of office as the Minister of Works in 2011, the Ministry’s Highways Department was restructured into six directorates with a Director heading each of the geo-political zones for effective management and service delivery.

“Based on the close linkage between good road networking and economic growth, the Ministry has been in collaboration with the Federal Ministry of Agriculture and Natural Resources to fine-tune ways in which goods and services could be transported from one part of the country to another.”

Speaking earlier, the Director-General of the Nigerian Television Authority, Shola Omole said that the purpose of his visit was to seek collaboration with the Ministry of Works so that the achievements of the ministry on the road sector could be effectively projected.

The DG indicated that the primary duty of NTA is to bring information to the door steps of Nigerians, adding that he is ready to partner with different arms of Government while carrying out his primary functions. [myad]