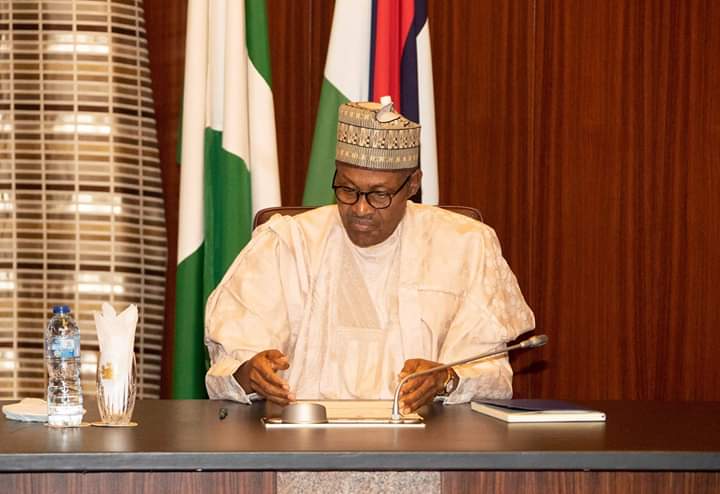 President Muhammadu Buhari has expressed concern over the climate change that has been steadily taking a toll on income of families as farm lands get narrowed with desert encroachments, while the vagaries of the weather pose greater risks for the future.

The President, who received a Letter of Credence from the High Commissioner of Australia to Nigeria, Mrs. Claire Ireland today, December 5, said that the global attention on taming the effects of climate change is important, adding that population has been on the increase in Nigeria while lands for investment and farming have become competitive.

“Before now, 10 to 15 members of a family could own a land, but the desert encroachment and growth in population has created a situation where you can have 200 people struggling over a family land.”

Buhari said that the effect of climate change on Lake Chad had created more economic challenges, with the shrinking lake rendering many jobless, and leaving them with little or no options for survival, except crime.

The new High Commissioner said that her country had maintained consistent economic growth for 29 years, scoring a record of development indicators that many countries had not been able to attain.

Mrs. Ireland said that the growth had been largely driven by investments and diversification in the mining sector, assuring the President that stronger partnerships will be explored for Nigeria’s potentials in minerals, education and agriculture.

President Buhari, who also received Letter of Credence from the Ambassador of Sweden, Carl Michael, said that Nigeria remains grateful for the strong partnership it had enjoyed over the years, urging the diplomat to use his stay to improve trade relations.

The Swedish ambassador assured the President that he will work hard to deepen political and economic relations, pointing out that there are many opportunities for cooperation, including trade and investments.

Receiving the Letter of Credence of the Ambassador of Zimbabwe to Nigeria, Maxwell Ranga, President Buhari said Nigeria had enjoyed long years of cooperation with Zimbabwe, adding that the country had also been playing a major role in Africa.

“I have been tasked by my President, His Excellency, Emmerson Mnangagwa, to take this relationship to greater heights. My mandate is to improve trade and economic relations. We are facing sanctions and we implore your support for our country.”