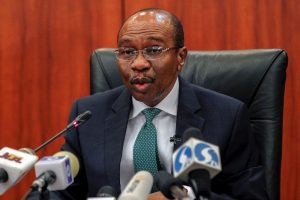 The scheme was Inaugurated on November 9 in Kwall, Bassa Local Government Area of Plateau State. It is aimed also at enhancing food security generally.

President Muhammadu Buhari, who inaugurated the Brown Revolution,  expressed pride that Agricultural sector has been one of the critical non-oil sectors which made significant contributions to the country’s Gross Domestic Product (GDP).

Buhari, who was represented by Governor Simon Lalong of Plateau State said: “agricultural sector was one of the critical non-oil sectors which have made significant contributions to the GDP accounting for a 22.35 and 23.78 per cent.

“This is contribution to the overall GDP in the first and second quarters of 2021 respectively.

“It was also instrumental in supporting the emergence of our economy from the recession in the second half of 2020, following the COVID-19 pandemic.

“Ensuring food security means ensuring availability and access across all demographics in the country.”

The president said that the inauguration is coming at a time the 2021/2022 dry season farming is commencing, which he described as significant.

He said food security cannot be attained if farmers are not encouraged and adequately equipped with access to the best inputs and opportunities to learn effective agronomic practices for improved yield.

He said that as a country, Nigeria had relied on the proceeds of oil exports for so long with the volatility of oil prices and its implications on foreign reserves.

“There was no other choice but to work towards the diversification of the Nigerian economy by investing in other productive sectors of the economy.”

Earlier the CBN Governor, Godwin Emefiele, represented by his Deputy Governor and Head, Corporate Services, Edward Adamu, said that wheat is the third most widely consumed grain in Nigeria after maize and rice.

Emefiele said that it is estimated that the country only produced about one per cent (63,000 metric tons) of the 5-6 million metric tons of the commodity consumed annually in the country.

He said that the intervention is necessary as wheat is the second highest contributor to the country’s food import bill and given the high growth rate of the country’s population.

He pointed out that the demand for wheat is projected to continue to rise, even as he lamented that over the years, the availability of low-yielding seeds variety and poor agronomic practices had hampered successful cultivation of wheat in the country.

He added that this had led to low productivity and wheat production unappealing to farmers and the private sector.

He said that the strategy for the wheat value chain involved ensuring availability of high-yield seeds by financing seed multiplication and establishment of seed ripple centre.

Others, Emefiele said, are expanding land under cultivation for wheat to a capacity that could meet total national demand.

The Deputy Director and Head, Anchor Borrowers Programme, Chika Nnwaja, said that there are more than 500 farmers working on the wheat farm.