The federal government and governors of the 36 states of the federation, including the Federal Capital Territory Administration have finally agreed to create a National Livestock Transformation Plan (NLTP) and not RUGA which President Muhammadu Buhari earlier suspended as a result of the controversies it generated.

The governors and federal government under the aegis of National Economic Council (NEC), said that the National Livestock Transformation Plan will be optional and will also include as a member, the federal ministry of agriculture and natural resources.

The decision was taken today, September 19, after the chairman of the sub-committee on herders/farmers crisis and governor of Ebonyi State, David Umahi briefed NEC at its monthly meeting at the Presidential Villa, Abuja. The meeting was presided over by Vice President Yemi Osinbanjo.

“NEC adopted the National Livestock Transformation Plan (NLTP) January 18, 2019 and it is a creation of National Economic Council, of course, in liaison with the federal government.

“States will determine whether or not to participate. Federal government did not impose this plan. Participation remains voluntary. What we are talking about is National Livestock Transformation Plan (NLTP) is a product of NEC in liaison with federal government.”

The committee said that the National Livestock Transformation Plan is not targeted only on cows but a holistic strategy to address animal husbandry.

“The plan has six pillars through which it aims to transform the livestock production system in Nigeria along market oriented value chain while ensuring an atmosphere of peace and justice.

“Council resolved today that there is need to look at the trans-human West African protocol. You cannot allow such movement of cattle without registration and monitoring; Council emphasized the need to continue to establish that the National Livestock Transformation Plan (NLTP) is a creation of NEC and state governors and of course minister of agriculture is also a member of this committee. The minister of interior is also a member, and it is entirely distinct from Ruga.” 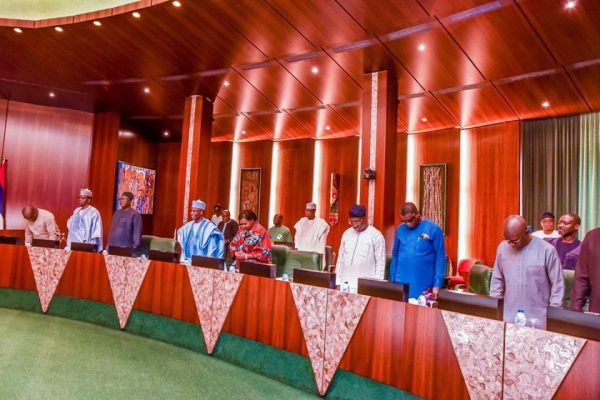