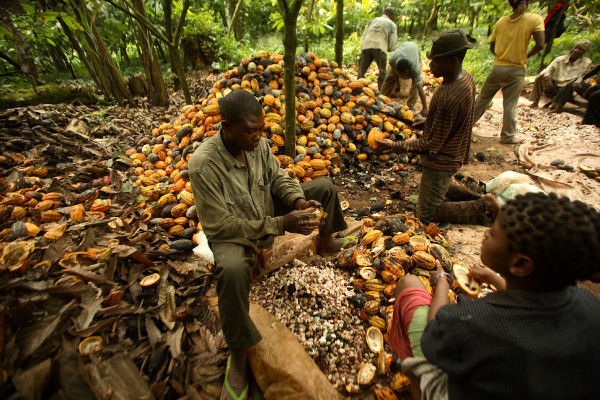 Nigerian government has taken steps to stop farmers from selling agric commodities to foreigners directly. The Federal Executive Council (FEC), headed by President Muhammadu Buhari, had approved the measure at its meeting recently.

The Minister of Industry Trade and Investment, Adeniyi Adebayo, moved to implement the FEC approval by inaugurating an inter-ministerial standing committee in Abuja today, August 16.

According to the minister, the document has been jointly presented by the Ministry of Industry, Trade and Investment and the Federal Ministry of Agriculture and Rural Development on March 9, 2022 for approval by the Federal Executive Council.

Adebayo said that the move was part of government’s efforts to provide the enabling environment for the commodity subsector to thrive.

The minister said that the memo is “aimed at addressing the challenges impeding the development of the agricultural commodity subsector of the economy, curtailing unfair trade malpractices and exploitation of Nigerian farmers by foreigners and promoting competitive premium pricing as impetus for increased productivity in the commodity subsector amongst others.”

He decried the exploitation of farmers by foreigners who come to Nigeria to mop up agricultural commodities at the farm gates and in turn offer farmers prices below market value.

“This situation has indeed led to the failure of many contractual agreements between farmers and indigenous off-takers. It has also affected the production capacity of our local factories due to the fact that foreigners buy off supplies and deprive the factories of required stocks.

“The current practice of direct purchases of agricultural commodities at unfair prices by foreigners at our farm-gates poses serious dangers which include: reduction in farmers’ income, declining productivity in the agricultural sector, unemployment and insecurity.”

The Minister said that a number of activities have been outlined for implementation, adding that the committee is expected to ensure that they are properly articulated and implemented for the growth and development of our economy.

He charged the committee to come up with appropriate implementation mechanism and guidelines for implementing the approved FEC memo as well as liaise with States, Local Governments and other relevant stakeholders nation-wide to enforce the ban and compliance.

Other terms of reference for the committee include facilitating the establishment of enforcement organs in the States and Local Governments; to facilitate signing of Executive Order by the President, specifying penalties and fines for violators.

The Committee is also expected to liaise with the State Governments for establishment of commodity aggregation centres for export in some strategic locations nation-wide and carry out periodic assessment (quarterly) on the implementation.

Also speaking, the Permanent Secretary in the Ministry, Dr. Evelyn Ngige, represented by the Director, Human Resource Management in the Ministry, Yisau Adepoju, said the committee is saddled with the responsibility of ensuring 100 per cent implementation of the approved memo.

Ngige noted that part of the mandate of the ministry is to formulate and implement policies and programmes to attract investment, boost industrialization, increase trade and export, and develop enterprises with a view to promoting economic growth, create jobs and generate wealth.

“As you are aware, the Ministry is passionate about the promotion and development of the non-oil sector having realized the enormous potentials of the sector and its contributions to the national economy.

“There is no gainsaying the fact that wealth from crude oil is not sustainable given the fact that the oil wells will certainly dry up someday. Nigeria is naturally endowed with vast and fertile arable lands suitable for production of many commodities.

“The production, processing and marketing of these commodities not only provide food security but also jobs, income and foreign exchange, amongst others,” she said.

Responding, the Chairman of the Committee, Suleman Audu, expressed the readiness and willingness of the committee to provide the required leadership and coordination to ensure efficient implementation of its mandate.

Audu, who appreciated the government for the confidence reposed in them, pledged on behalf of the committee members not to disappoint the government on the important assignment.