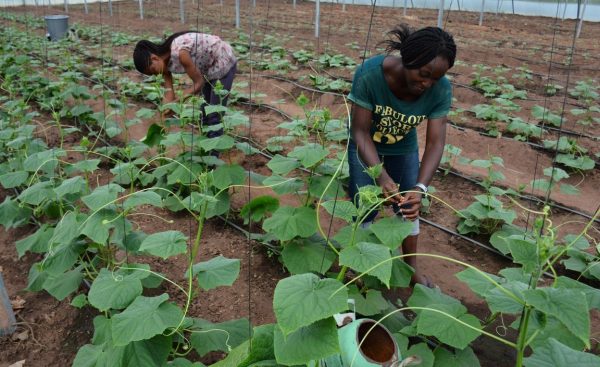 Coordinator of Irish potato value chain in the ministry,  Adegoke Adedamola, said at the opening of the training today, December 13 in Katsina, that they are targeting 3,000 beneficiaries nationwide.

According to him, the capacity building training was organised because the irish potato is one of the major crops consumed in Nigeria, and 90 per cent of it has been imported.

“Therefore, we felt it is right to see how we can build the capacity of our farmers in northern states that have the capacity and corporate advantage to produce the crop, especially during the harmattan season.

“And we have seen that Katsina had that comparative advantage. That is why we are here to see how we can quickly build their capacity on the FBS and GAP.

“The ministry is collaborating with a German International Corporation (JIZ) to see how we can promote this innovation around the country.

“We have done it in Adamawa, Plateau, Kano States and Obudu, where they have good locations where Irish potatoes can be developed. And we are still going to other states like Taraba.

“As we are building the capacity of our farmers, we believe that they are going to produce more, and we are also going to support them with an improved variety of irish potato seeds.”

In her opening remarks, the Director, Federal Department of Agriculture (FDA), Hajiya Karima Babangida, said the training is on re-educating Irish potato farmers on farming as business rather than as a culture.

“You would agree with me that for decades, farming generally has been practiced from the perception of being a culture of our forefathers instead of being viewed as a profession.

“In the pursuit of food security and nutrition for our country, and if we are to achieve these, we must begin to change the narratives about farming as culture to farming as business.

“It is in this regard that the Federal Ministry of Agriculture and Rural Development, in collaboration with GIZ, has been a strong advocate for this paradigm shift in our agriculture.

“Further to the foregoing, it is a known fact that Irish potato is a premium cash crop sought after by many here in the country and other West African countries.

“The purpose of this five-day workshop is to bring together Irish potato farmers in a class of 30 each to build their capacity on best practices and simple farming business model concepts.

“In order to increase their technical knowhow on the job to stimulate productivity and more income from doing the same job,” she said.

She added that it is important to know that GAP/FBS is capable of starting a potato revolution in Katsina that has the capacity to grow potatoes during the dry season.

“In view of the above, it is important for all participants to make good use of this training to learn and adopt best farm practices and new business innovations that would be taught over the next five days.” she disclosed.

He further called on the state government to provide them with enough land so that they can produce the crop in large quantities for the people of the state to use.

“On the issue of orange flesh sweet potato, it is very important we give it more attention because bread bakers in the state need it more but the product is not enough.

“The Sokoto and Zamfara governments have provided our colleagues with lands, therefore we are appealing to the state government to do the same for us,”she added.