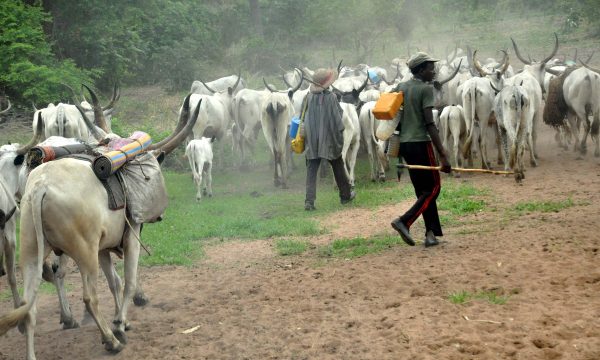 As farmers begin the 2021 harvest season, the Gombe State government has said that necessary measures are being taken to avert farmer-herder clash in the state.

Commissioner for Information and Culture, Julius Ishaya, who stated this in Gombe on Friday, added that the measures were part of the resolutions reached at an expanded Security Council meeting, held on Wednesday.

The meeting was presided over by Governor Inuwa Yahaya, with all the heads of security agencies in the state in attendance.

Ishaya said that the council directed that there should be no farming and grazing activities between 6 pm. and 6 am. across the state.

“Underage grazing in any part of the state has been prohibited, while the council directed farmers to harvest their produce as quickly as possible.

“Farmers are not allowed to burn the remnant of their produce after harvesting their crops.”

He said that this was disallowed so that herders could benefit from the remnant to feed their cattle.

Similarly, the commissioner said that migrating herders are not allowed in or out of the state until farmers must have harvested their produce.

He advised farmers to ensure that all harvesting activities were concluded before the end of January 2022.

Ishaya said that the state government had, earlier in the year, set up a committee to fine-tune ways of ensuring that there was no clash between farmers and herders in the state.

All these measures, he said, were to avoid any form of conflicts and protect the harvest for the present cropping season, “knowing full well that the season has not been good in some parts of the country.

“So the little we have cultivated, we should be able to protect them so we don’t find ourselves in food crisis.”