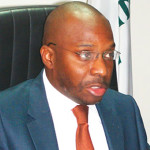 Centre for Social Justice has expressed fear that the 2015 budget as passed by the seventh National Assembly and signed into law by former President Goodluck Jonathan would the nation’s economy to stagnate unless it is re-engineered, restructured and overhauled by President Muhammadu Buhari.

The Lead Director the group, Barrister Eze Onyekwere, in a document analyzing the budget, described some parts of the budget as “frivolous expenditure.

“The 2015 Federal budget as passed by the National Assembly is not the budget of change that Nigerians have been waiting for. It needs to be re-engineered, restructured and overhauled. A dire economic situation needs some adjustments and reforms or else, the country will not just stagnate, it will enter the reverse gear.”

Eze said that despite efforts made by the group to point out frivolous, wasteful and inappropriate expenditure, the National Assembly was “insistent on continuing the waste.

“We still had a lot of votes for welfare packages after the salary, remuneration and perks of office of the staff had been voted. This is an expenditure head unknown to our law. Many agencies still got outrageous sums for refreshment and catering services as if they are running a restaurant chain. It made no sense as it was wasteful.

“It seemed like the budget preparation template was uniform and sent to all MDAs who had to ask for things they needed and those they did not need just to ensure that the template is completely filled. Otherwise, how do you justify MDAs that have no need for uniform requesting and getting approval for one?”

He called on the new administration of Buhari to plug leakages in the system, enhance performance of the Federal Inland Revenue Service, and recover funds due to the Treasury.

He said the new government should ensure that new borrowing will only be done in accordance with the Fiscal Responsibility Act, subject to a cost benefit analysis, reasonable interest rate and long period of amortization.

The Senate had passed the 2015 budget on April 28, following the passage of the same bill by the House of Representatives on April 23, with an expenditure outlay of N4.493 Trillion, up from the N4.425 Trillion which was proposed by the Executive. [myad]