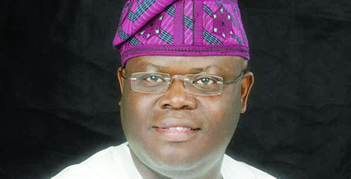 The Senate Committee on Privatisation has said that most technical partners that bought the country’s power assets did not bring one kobo thereby leading the sector into dismal performance.

The committee also said that the National Council of Privatisation (NCP) under the chairmanship of Vice President Namadi Sambo committed grave errors, including the council’s refusal to sell the power assets in phases.

The Chairman of the committee, Senator Gbenga Obadara disclosed diverse challenges that made stable power supply a mirage after the private investors had bought 60 percent equity shares in the country’s power assets.

“The power investors did not bring one kobo. So, that is the problem we have. Now, they have done the mess. The outgoing government failed to look at the financial capability of the investors that bought the power companies.

“Before the sale of the power investments, I raised objection in the presence of the vice president that the investors did not have financial wherewithal to transform the sector. Even when they open another opportunity of borrowing for them, I objected to it. But the federal government went ahead with it. Has it solved the problem?”

He admitted that fixing power sector is not a thing that will take miracle to happen, but that the country’s power sector would have improved substantially if the vice president had agreed to sell the power assets gradually.

He said he advised the NCP against selling all the power assets at the same time, noting that if the federal government “must privatise the power assets, let it be gradual. The mistakes committed would have been known and corrected if we (had) privatized in phases. That will have been a guide had it been the assets were sold in phases.” [myad]