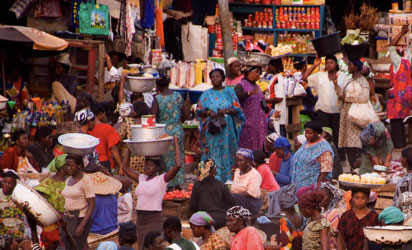 Chairman of the Senate Committee on Employment, Labour and Productivity, Senator Abu Ibrahim, from Katsina South, has said that inflation and rise in prices of goods and commodities across the country may soon welcome the N30,000 new minimum wage which President Muhammadu Buhari brought into operation yesterday, Thursday, by signing a bill on it into law.

Senator Abu Ibrahim, who answered reporters’ questions today, Friday after the Jum’at (Friday) prayer at the Aso Rock Presidential Villa, Abuja, stressed that rise in prices of goods and commodities in the markets across the country at the mention of increase in workers’ wages is no longer news.
“That is why we always advise against clamour for increase in wages, because we all know the implications.”

Senator Abu said that in preparing for the N30,000 minimum wage, the Senate had made provision for increment in the federal allocation of funds to state governments to augment their income so as to be able to implement the minimum wage.
He is confident that if all the recommendations in the report that formed the new minimum wage were implemented, State governments and other employers of labour of above 25 employees, would be able to conveniently pay the workers the new wage.

The Senator commended President Muhammadu Buhari for promptly responding to the yearning of the Nigerian workers by moving fast to assent to the minimum wage bill, adding that by so doing, he had gone a step ahead of those who would have used it to promote political agenda.