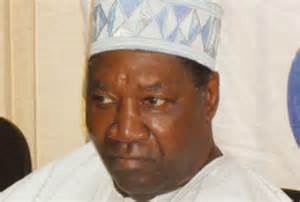 President Goodluck Jonathan and former Vice President Atiku Abubakar have expressed shock over the death, today in Lagos, a Nigeria’s leading entrepreneur, Chief Molade Okoya-Thomas.
Okoya-Thomas, who holds the traditional titles of the Asoju Oba of Lagos, Babasuwa of Ijebu-Remo and Odofin of Ife, died at the age of 79. He was until his death, the Chancellor of the Lagos State University and Chairman of CFAO Nigeria Limited.
In a statement issued today by Dr. Reuben Abati, special adviser to President Jonathan on media and publicity, President Jonathan described the deceased as a very successful businessman who lived a very worthy and fulfilled life, and left a legacy of great entrepreneurial achievements for his successors to build on.
The President believed that Chief Okoya-Thomas will also be long remembered and honoured as a very generous philanthropist and sports enthusiast who established the popular Asoju-Oba Table Tennis Championships.
He extended his condolences to members of Chief Okoya-Thomas’ family as well as his friends, associates, business partners within and outside Nigeria, and the people of Lagos where he held the traditional title of Asoju-Oba.
The President said that he shared in their pain and sorrow as they mourn the late Chief Okoya-Thomas who was also honoured in his lifetime with the traditional titles of Odofin of Ile- Ife and Bobasuwa of Ijebu-Remo.
Atiku Abubakar, in a press statement by his media office in Abuja described the death of Okoya-Thomas as a huge blow to the community of Nigeria’s businessmen, saying that he was a visionary and astute businessman whose contribution to Nigeria’s private sector economy will remain indelible.
“Although the late Molade Okoya-Thomas left the stage at a prime age of 79, his death nonetheless is a huge blow to the community of businessmen in Nigeria.
“He was a pioneer and a visionary. Okoya-Thomas belonged to a generation of private sector investors who saw opportunities in making investments in the economy when it was risky to do so.
“His legacies will remain indelible in corporate Nigeria and I pray God will grant his family and loved ones the fortitude to bear the loss.” [myad]