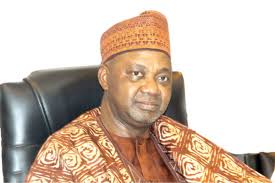 ‫Nigeria’s Vice President Mohammed Namadi Sambo has decried the high interest rate by commercial banks which he said is hampering access to financing by small and medium scale entrepreneur.
The vice President spoke at the Makkah Guest Palace Hotel in Kingdom of Saudi Arabia when he received a delegation from the Islamic Development Bank, led by its Chairman, Dr. Ahmed Mohammed Ali.
Namadi Sambo said that lack of access to financing has been one of the stumbling blocks to the growth and development of Small and Medium scale Enterprises (SMEs) in Nigeria.
According to him, a situation where international financial institutions channel funds through local banks for on-lending to SMEs only for the banks to turn around and charge high interest rates is retrogressive.
He said that with such situation, SMEs most times, end up supporting the banks by increasing their liquidity, even as he advised the Islamic Development bank to evolve ways through which the small scale entrepreneur could have easy access to cheap funds to finance business
The Vice President said that Nigerian has designed what he called “a robust national master plan for small and medium scale enterprises,” and called on IDB to provide direct financing support for the small and medium scale entrepreneurs in Nigeria.
‫He congratulated the chairman for the extension of the bank’s services, saying that the current rebasing of Nigeria’s GDP has shown Nigeria as one of the fastest growing economics.

See also:  Buhari Thumbs Up For Traditional Rulers For Ensuring Norms, Cultures Are Not Eroded

He stressed the need for the bank  to take advantage of this favourable economic climate to further support the nation in her quest towards rapid socio-economic growth and development.
‫The Vice President said that with the successful completion of 10 new thermal power plants in the country, there is also the need for adequate Gas infrastructure to support the industries.

In his welcome remarks, the President of IDB, Dr Ahmad Mohamed Ali thanked the Nigerian Vice President for his commitment to IDB, and for extending an invitation to him whenever he visits the Kingdom of Saudi Arabia.

He called on the Nigerian Vice President to use his influence in ensuring the take-off of the bilingual education programme in Nigeria which can help in addressing some of the concerns of Nigeria affecting the youth. Dr Ahmad Ali called on the Vice President to work with IDB in starting a crash programme on the bilingual education programme in order to maximize its benefit.