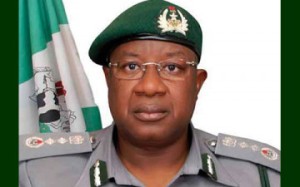 The Nigeria Customs Service (NCS) has announced the collection a total sum of N463.74 billion as revenue from duties and levies in the first half of 2014.

It stated that N276.23 billion of the revenue was remitted to the Federation Account while N187.51 billion was transferred to non-federation account.

The report added that N94.40 billion was collected from levies, N11.52 billion from Common External Tariff (CET) special levy and N1.21 billion from other fees.

A monthly breakdown of the revenue collection during the period showed that N70.58 billion was collected in January, N63.87 billion in February and N63.37 billion in March.