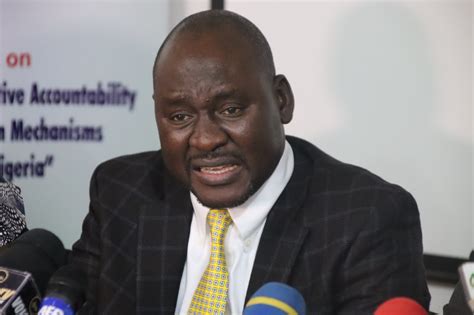 Civil Society Legislative Advocacy Centre (CISLAC) has lamented that Nigeria has been losing about US$2.9 billion annually to tax waivers granted to multinational companies,

Executive Director of the CISLAC, Auwal Rafsanjani, who made this known at the Pan African Conference on Combating Illicit Financial Flow (IFFs) to Bridge the Widening Inequality Gap today, October 26 in Abuja, added that Africa had lost US$1 trillion in illicit financial flows (IFFs), out of which US$ 50 billion is lost annually over the last 50 years.

He said that in spite of the huge loss to tax waivers, the government increased value-added taxes (VAT), which affected the poor more from 5 per cent to 7.5 per cent.

He said that IFFs connected with corruption, crime and tax evasion is an issue of increasing concern that reduced government revenue for financing sustainable development.

“International Monetary Fund and World Bank have all expressed concerns over the likely sharp increase in inequality and poverty arising from the pandemic.

“This is with estimates projecting that 42.1 per cent of the sub-region will be pushed into extreme poverty.

“Worse yet, the World Bank further indicated that the poverty increase could take more than a decade to reverse, erasing all hopes of countries meeting their national development plan targets to reduce poverty and inequality by 2030.

“On the other hand, the wealthiest people in the region fare differently, as the three wealthiest men in the region, who are all based in Nigeria, have seen their wealth expand from US$16.8 billion in March 2020 to US$23.2 billion by July 2021.’’

Rafsanjani said that this is more than enough to fund a full vaccine programme for the entire West African population.

He said that the amount lost to IFFs in Africa is roughly equivalent to all of the official development assistance (ODA) received by Africa during the same timeframe.

Rafsanjani said that these estimates might fall short of reality because accurate data do not exist for all African countries.

He added that these estimates often excluded some forms of IFFs that by nature were secret and could not be properly estimated, such as proceeds of bribery and trafficking of drugs, people and firearms.

See also:  Nigerians Are Turning Their Backs On Sachet Water As Price Doubles

Abubakar said that the emergence of a legal framework and the deployment of an electronic register of beneficial owners of registered entities showed the political will to fight corruption.

“Public Registers of Beneficial Ownership are important tools for advancing the fight against corruption, tax abuse, asset shielding, and illicit financial flows and so on.

“Registers of beneficial owners are assisting in no small measure to expose corruption orchestrated by ultimate beneficial owners who ore individuals who ultimately own, control or benefit from registered corporate entities.

Mr Tiawo Oyedele, Fiscal Policy Partner and Africa Tax Leader, in his keynote address, said that Nigeria and other African countries needed to review the tax rules to identify necessary changes in line with the global reform.

He said that this was because even if they were not signing the global reform, it would still impact on them.

Oyedele also added that tackling illicit financial flows was a much bigger problem for Nigeria than tax avoidance.

He said that the level of tax evasion in Nigeria is alarming, adding that South Africa just released their tax results and they collected 34 trillion naira equivalent in the pandemic.

He added that Nigeria had never collected one or seven trillion naira with all its states and agencies put together.

He said that in Nigeria, it was the wrong people that were paying taxes, the minimum wage earners struggling to make ends meet, adding that those were the people exempted from paying tax in other countries.

Oyedele said that this had led to inequality and it needed to be addressed.

He said that Nigeria needed global cooperation, especially with respect to exchange of information, to curb tax evasion, when people steal in Nigeria and take them abroad.