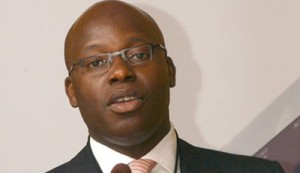 Oando Plc today, shone today at the Nigeria’s stock exchange, hitting the maximum allowed 10 percent, even as it confirmed that it has won government approval to complete a $1.65 billion acquisition of ConocoPhillips’ Nigerian assets.

Oando, which has triple listings in Johannesburg and Toronto, rose to 30.37 naira ($0.19) per share, helping to lift the index of Nigeria’s top five oil and gas firms up by 4.51 percent.

Oando said on June 18 that it had received government approval to complete the deal which it had agreed last year but was delayed several times due to problems of raising funds.

Oil industry and banking sources said that the Nigerian oil firm has paid $550 million in cash to ConocoPhillips for the acquisition and secured bank financing to complete the payment.

Analysts expect the deal to contribute a significant proportion to Oando’s profit and plan to re-rate the stock. Oando shares have risen 13.7 percent this year, valuing the oil firm at 269.4 billion naira ($1.65 bln).

“We believe this is material catalyst for Oando that should … lead to the ultimate re-rating,” analysts at Renaissance Capital wrote in a note.

Oando hopes the acquisition will help it make the transition from a marketer of refined petroleum products into an upstream business focused on oil and gas exploration and production.

Conoco’s fields produced about 43,000 barrels of oil a day last year and have proven reserves of 213 million barrels of oil equivalent. Oando chief executive Wale Tinubu has said the upstream business will account for about three quarters of Oando’s assets after the acquisition, against 40 percent now.

Rival firm, Seplat, which raised $500 million in a debut stock market listing in Lagos and London in April, has current net oil production of around 35,000 barrels per day – the same level as London-listed Afren, according to Renaissance Capital estimates.