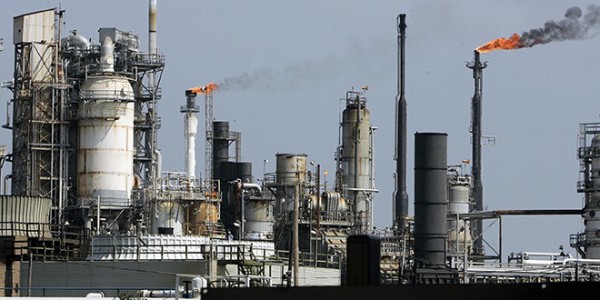 A team put together by President Muhammadu Buhari to advise him on how to run the nation’s economy has advised him to revise the 2020 budget in the face of the recent fall in oil price across the globe.

Briefing the President today after extensive work, the Presidential Economic Advisory Council (PEAC), led by Professor Doyin Salami, said that the budget needed to be revised with priority spending on healthcare, reprioritization of expenditure  on

infrastructure to focus on projects nearing completion with pro-poor effects.
The revised budget,  the team said, should also aim at  curtailing recurrent expenditure, mobilizing the private sector to strengthen health sector infrastructure, and boosting government revenue.
The PEAC team stressed that the projections may seem dire, but the worst may be avoided with hard work and scrupulous implementation of policies.

Professor Salami, who briefed the President on behalf of the team,  painted sobering scenarios of what could happen to the Nigerian economy if the Covid-19 pandemic lasted for too long.

He said that the prolonged pandemic could lead to, among other things, slower growth, as the supply and demand sides of global economy would be affected, uncertainty, which would erode confidence, governments acting unilaterally instead of cooperatively, further drop in oil prices, and lockdowns gaining grounds around the world.

According to the team,  there would also be oil glut, trade imbalance, drop in foreign reserves and rise in unemployment.

It said that many countries around the world risk going into economic recession, even as it advocated hard work for Nigeria to keep its head above the waters.

This was even as President Buhari indicated that the fall in oil price did not surprise him.

He said that he had foreseen the economic problems that may come in the wake of the Covid-19 pandemic, and is ready to explore all alternatives to protect Nigerians.

President Buhari has said that with oil prices oscillating between 29 and 30 dollars in recent times, as opposed to the 57 dollars benchmark for year 2020 Budget, many variables, including production cost and political impact, determine oil prices, “and we will see how to survive fallen prices, as we already envisaged the problem.”

He emphasized that protecting the people from vagaries of international economic fortunes, and associated fallen prices of oil, is a priority of government, “and we will do our best to do so.”

The President stressed the importance of education and healthcare, saying that if people are adequately educated, “they won’t accept any form of mismanagement by leadership, nor would they allow themselves to be manipulated by those promoting ethnic and religious sentiments.”

He promised that inputs in agriculture, education and healthcare would continue as much as practicable.