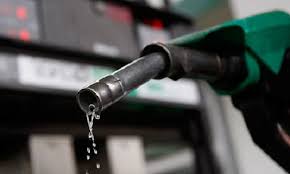 A fuel station located along Lagos/Abeokuta expressways has been found to be dispensing ordinary water to unsuspecting customers, even as the officials of the Department of Petroleum Resources (DPR) in Lagos has moved quickly to seal-up.

It was gathered that the engines of no fewer than 12 vehicles which were filled with such water have been damaged before the long hand of the law could catch up with the station.

One of the affected motorists, Rotimi Dorujaiye, the immediate past Editor of the Daily Independent and presently the Executive Editor of the Nigerian NewsDirect, whose car, Nissan Sunny salon with registration number GGE 68 AR was knocked said that initially when the attention of the fuel attendants at the station was drawn to the fact that the substance pumped into their vehicle’s fuel tanks was water and not petrol, “the petrol attendants claimed I was lying, until when all the vehicles affected could no longer start.”

He said that a mechanic has to be brought in to assist in draining water out of their vehicle fuel tanks. “That took my whole day, throughout that day, I could not do anything else apart from trying to salvage my vehicle engine. As I am talking to you now, mechanics are still battling to rescue the car. It is a very sad development and I just hope the relevant authority would do something drastic about it before other innocent motorists would get their vehicles engines damaged too,” Dorujaiye stated.

Another victim, Boniface Isok, who is the National President of the Chemical, Footwear, Rubber, Leather and Non-Metallic Products Employees Union, got the engine of his Toyota Prado Jeep damaged too. The engine of the vehicle with registration number LAS 769 AY, is allegedly ‘knocked’.

Another vehicle, a Faragon commercial bus marked Lagos XU 884 AKD, was also damaged and the owner of the vehicle has vowed that except the station is sealed, “he may take law into his hands.”

The fuel station, as at today, had the seal and yellow tape of the DPR/NNPC on it. It was used to barricade the two entrance of the station.

None of the management staff of the station was available for comment. [myad]