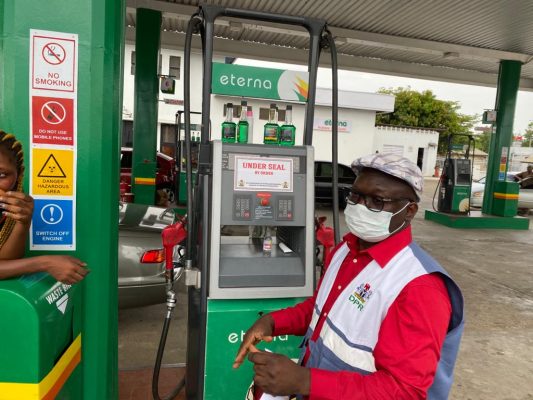 Petroleum Industry players and stakeholders have said the decision of the Federal Government to abolish the subsidy regime and enthrone a downstream deregulation era leading to the prevailing cost-reflective price of N160 per litre of petrol will lead to eventual crash of fuel price.

Chairman of the Major Oil Marketers Association of Nigeria (MOMAN), Adetunji Oyebanji, said the association welcomed government’s action in allowing the market to determine prices, noting that this would prevent the return of subsidies while allowing operators the opportunity to recover their costs.

He said that this will, in the long run, encourage investment and create jobs.

He explained that though prices at the pump would need to be adjusted to reflect realities of the increase of ex-depot prices by the Petroleum Product Marketing Company (PPMC), the magnitude of the increase, timing and location would be determined by each individual company.

“Consistent with global best practices, MOMAN does not dictate prices to its members as this would be anti-competition in a fully deregulated market.”

Oyebanji called on the Ministry of Petroleum Resources to intensify its public awareness drive to educate the populace on the current realities.

“The Ministry of Petroleum Resources should also be telling Nigerians that we can no longer afford subsidy.

“If we keep it, the investment in infrastructure, health, education, etc., will not be possible.  We are borrowing so much to finance our budget. We spent over a trillion naira on subsidy last year. It is unsustainable.’’

MOMAN’s position was re-echoed by another stakeholder in the Downstream Sector, Alhaji Sani Yau, a Director at NIPCO Plc and Chairman of SY Petroleum Limited, who emphasized that the price increase was reflective of trending realities in the sector.

According to him, deregulation will foster an eventual price reduction in the nearest future when other market fundamentals would converge to create the desired competitive market space.

A stakeholder in the sector and an independent marketer, John Agidigan, explained that before this increase, market forces had forced the price per litre down to N121, then up to N131 and later N148.

He said that under a deregulated environment, prices are expected to rise and fall in response to the volatility of demand and supply.

According to him, the new deregulated regime would always ensure the availability of the product in the market at affordable price based on the supply, adding that this regime was better than what obtained in the past when Nigerians had to contend with extreme scarcity and its attendant challenges such as long queues at fuel stations.

Another stakeholder in the Downstream Sector, Aggrey Koleijo, said Nigerians must consider the benefits of the new pricing regime rather than just reacting to the price increase which could be reversed the moment market forces dictate otherwise.

He said that the same market forces that brought about price reduction not long ago were still responsible for the hike and can still ensure a reduction, depending on the demand and supply activities within the Industry.

Also, an oil analyst, Dr Mac Udiewe, said the price of fuel would surely go down in a few months’ time when supply of the product would increase geometrically with the entrance of products from private refineries such as the Dangote Refinery and other modular refineries.

Other stakeholders, who responded, were unanimous in their conclusion that deregulation would ultimately favour consumers as soon as the industry stabilizes and prices begin a downward trend.