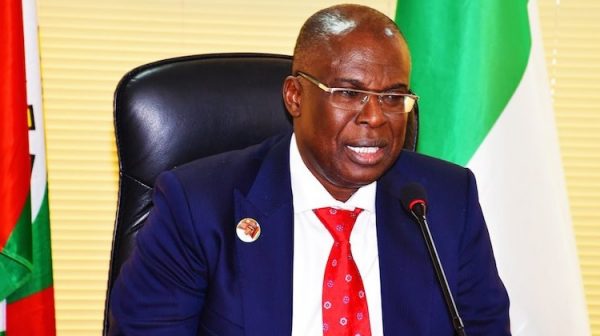 Minister of State for Petroleum Resources, Timipre Sylva, has declared oil theft in the country a national emergency, with about 400,000 barrels of crude stolen daily.

The minister explained that the massive crude theft is greatly affecting Nigeria’s capacity to meet OPEC daily quota, saying that the huge loss could cripple the nation’s economy.

The minister, who was in Owerri, Imo State today, August 8, said that Nigeria has now fell from 1.8 million barrels export allocation to 1.4 million barrels.

He told his host, Governor Hope Uzodimma of Imo State that local collaboration is needed to stop the economic bleeding as Abuja could not do it alone.

“This is because the thefts are taking place in the communities that host the oil pipelines,” Sylva said. “As a result, it has become necessary to involve the stakeholders, especially the host communities.”

Responding, the governor gave assurance that his administration would sustain its efforts to arrest the economic sabotage being perpetrated by pipeline vandals.

He described the consequences of crude theft as “very alarming and too much to be tolerated.”

The meeting was part of the nationwide intervention efforts to curb crude oil theft.