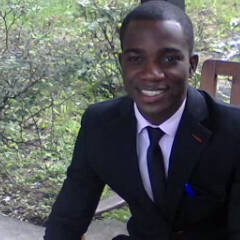 The Independent Petroleum Marketers Association of Nigeria (IPMAN) has secured 1,350 hectares of land in Itobe, Kogi State for its own refinery, for which it has already had applied for license from Petroleum Pipeline Products Regulatory Agency (PPPRA).

National Chairman of Chief Okoronkwo Chinedu announced this during the weekend, even as he said that his association is no longer interested in subsidy, but its alternative that could bring normalcy into the Nigerian petroleum market.

He suggested that in the meantime, the federal government should enter into what he called crude swap arrangements with his association as an option to put an end to the lingering fuel crisis.

The marketers had stopped importation of petroleum products since March when the controversy over subsidy debts began, leaving the business of fuel importation to the Nigerian National Petroleum Corporation (NNPC), which now imports only 50 per cent of required products into the country.

He said however that local refining of crude should be taken as the long-term solution to the current fuel crisis.

Also the Major Maketers Association of Nigeria (MOMAN) has confirmed that its members have not been importing subsidy based petroleum products.

The Executive Secretary, Olawore Obafemi, said they have only been helping NNPC in the distribution of the products, thus confirming claims that only 50 per cent of local demand of the product is currently being supplied.

Like his IPMAN counterpart, Olawore said it was obvious that government could no longer sustain the subsidy regime, hence the support for total deregulation of the entire oil and gas sector. [myad]