Home BUSINESS Osinbajo Embarks On Tour Of Industries In Nigeria 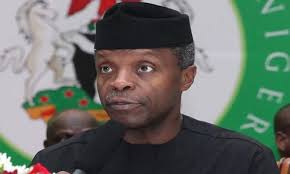