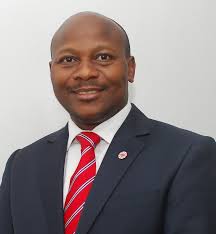 The immediate past Group Chief Executive Officer of UBA Capital Plc, a pan-African asset management and investment banking group, Rasheed Olaoluwa has taken his seat as the new Managing Director of Bank of Industry.

Olaoluwa has been the Chief Executive Officer of UBA Capital Plc from January 2013 to May 2014. He was also an Executive Director at the UBA between March 2008 and December 2012.

He was reported to have played a key role in the expansion of UBA’s operations into 18 countries in sub-Saharan Africa within three years, recording exponential growth in the bank’s deposit base and profitability during his tenure.

Olaoluwa started his career in the financial services industry with Arthur Andersen and held various senior roles in marketing and relationship management.

A statement from Mrs. Hadiza Olaosebikan of the Media Unit of the bank, in Abuja today said that Olaoluwa has just taken over the leadership of the bank from Waheed Olagunju , who has been acting Managing Director.

The statement quoted Olaoluwa as saying that urgent steps will  be taken to improve on BOI’s service delivery to enable it meet the unemployment challenges facing the country, especially in the areas of wealth and job creation.

Olaoluwa also tasked the management and staff to ensure that the bank was at par with some of the world’s leading development finance institutions.

He said that the task of increasing the contribution of the manufacturing sector to Nigeria’s gross domestic product could not be undertaken by BOI alone.

“For the bank to effectively deliver on its mandate, the institution would have to work closely with other relevant stakeholders toward addressing the non-financial issues facing the manufacturing sector and Micro Small and Medium Enterprises.”