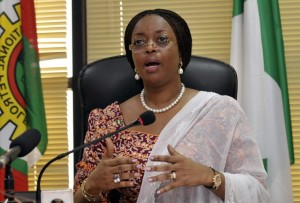 The Bonga project, which began producing oil and gas in 2005, was Nigeria’s first deep-water development in water depths over 1,000 metres. Oil production from the first well began on 5 August and “represents a significant step forward for the project”, SNEPCo said.

Oil from the Bonga North West sub-sea facilities is transported by a new undersea pipeline to the existing Bonga floating production, storage and offloading (FPSO) export facility. SNEPCo said: “The Bonga FPSO has been upgraded to handle the additional oil flow from Bonga North West which, at peak production, is expected to contribute 40,000 barrels of oil equivalent per day, helping to maintain the facility’s overall output.”

The Bonga FPSO is one of the world’s largest such facilities. It is 300 metres long and is the height of a 12-storey building. The FPSO receives crude from production wells on the seabed and the oil is processed onboard, stored and then sent to a single point mooring buoy anchored nearby that is used to load it onto tankers for export. When fully laden with oil, Bonga weighs 300,000 tonnes and is held in place by 500-tonne anchors linked by 20 km of mooring lines.

Four oil producing wells and two water injection wells in the Bonga North West development will be connected to the FPSO.

The Bonga field, which covers an area of 60 square kilometres, lies 120 kilometres offshore in the Gulf of Guinea. The field also supplies gas to the Nigeria Liquefied Natural Gas (LNG) Company Limited at Bonny Island, from where it is exported as LNG to European and global markets.

SNEPCo said the Bonga North West project is part of its “long-standing commitment to developing deep-water engineering skills in Nigeria”. The company said investments it has made with project partners to date include upgrades of local contractors’ facilities and providing specialised training for Nigerians to work in the energy industry.