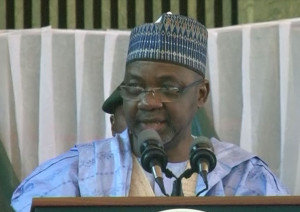 Total Nigeria Limited has announced its move to partner with various Federal Government Institutions and international companies to fast-track the construction of solar power plants in Nigeria. The project is being contemplated under Public Private Partnership (PPP) with State Governments fully involved.
The Executive Director of the Total Nigeria Limited, Mr. Olubunmi Obembe said this known today when he led a delegation on a courtesy visit to Vice President Mohammed Namadi Sambo at the Presidential Villa, Abuja.
He said that the Company in its bid to become a major global player in the solar energy market, acquired US based SunPower, a world leader in solar power operation.
Obembe said that the company is collaborating with three States of Nassarawa, Ekiti and Katsina for the development of 150mw in Nassarawa State; 80mw in Ekiti State and 30mw/100mw in Katsina state.
He said that the organization is at various levels of discussion with other States.
According to him, the project is expected to deliver in the next five to eight years, 1700mw of solar Independent Power Projects, distributed across the country with a minimal size of 30MW, emphasizing that their objective is to have the first project ready by second quarter of 2015.
Responding, Vice President Namadi Sambo said that President Goodluck Jonathan government is ready to fully utilise abundant renewable energy resources to enhance electricity supply across the country.
Sambo said that the global trend in power generation is efficient utilization of renewable energy, particularly solar energy, which he said Nigeria has in abundance.
He stressed that the administration is doing everything possible to ensure it meets Nigeria’s electricity demand.
“The issue of power is one of the cardinal point of this administration and anything that will increase the supply of power in Nigeria will be deeply welcomed and the administration will do everything to ensure that it succeeds.”
The Vice President commended Total for its determination to ensure utilization of Nigeria’s solar energy as a source of electricity generation, adding: “it is impressive this has been handled in the highest corporate level.”
He assured Total of the government’s commitment to ensure that the noble objective is achieved. [myad]