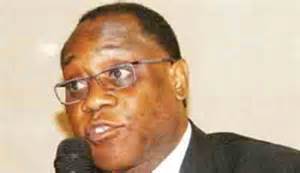 45-year-old Umar Kwairanga from Gombe State , with over 21 years cognate experience in banking, pension, manufacturing and trading, is returning home to chair and give leadership to the board of AshakaCem that was incorporated when he was virtually five years old. Nigeria’s AshakaCem is now a subsidiary of Lafarge, one of the world’s leaders in cement production.

As Chairman of the Board of Ashaka Cem, he knows that he is now a global player in an industry with a market size estimated to hit $394,553 million dollars by 2016.

Last April the merger of the Swiss company Holcim and Lafarge, a French company was announced. With capacity of producing some 400 million metric tons of cement per annum, the new company has become the largest producer of cement in the world, beating the combined 345 million metric tons output of Anhui Conch and CNBM, two major Chinese cement producers.

In the same month Kwairanga’s AshakaCem was holding a ground-breaking ceremony in Gombe for its planned capacity expansion from 850 tons to four million tons per annum contributing its quota to the 400 million-ton capacity of its parent company.

Cement, which is made from clay and limestone, is a key building material which is used basically as a binder. One of the major drivers for cement market is steady and consistent growth in construction industry not only in Nigeria but globally. There is no doubt that Nigeria is witnessing a boom in the construction industry. There is clearly a huge demand in the country if one looks at the race among many state governments and private developers to close the housing deficit in the country. Projects such as the Centenary City in Abuja, which President Goodluck Jonathan recently commissioned and other landmark projects in the Federal Capital Territory are a testimony to the kind of positive development the Nigerian construction industry is witnessing.

What does the AshakaCem expansion mean for the economy of Gombe State, the people of the state, the community round the sprawling industrial complex and to Nigeria in general? The answer to that lies in the fact that the company is injecting about N120 billion in this expansion exercise to build a new cement factory with installed capacity of 2.5 million tons per annum and a 64mw power generating plant. The fund for the project will be sourced from the Central Bank of Nigeria’s Industrial Intervention Fund. This project will throw open employment opportunities to the Nigerian youth as the company operates an equal opportunity policy. It will substantially increase AshakaCem workforce from its current 640 staff level by almost double that figure. It will also boost staff morale and increase motivation because of the huge opportunity for manpower development.

In today’s age of environmental protection advocacy, AshakaCem is treading carefully and is systematically addressing the associated environmental concerns such as relocation of local communities away from its quarries.

Cement occupies a very important position in world economy that today its consumption per head of population is an index for measuring economic development. This is true when we look at the statistics. As a result of the global financial crisis affecting Europe, most of its cement producing countries, such as Italy and Germany, have lost their ranking, while most of the progressing countries, in terms of ranking, are the emerging markets. For example, in 2013 Brazil moved to the fifth position from 15th; Turkey from 10th to 6th and Vietnam from 17th to 8th position. And China until the merger of Lafarge and Holcim this year was the leading producer with 230 million tons in 2013 followed by another emerging market, India with 280 million tons.

Asia pacific is the largest consumer of cement in the world followed by North America and Europe. Based on types of cement, white cement is largely used to increase the visual appearance of construction. Portland cement is used in commercial, residential, industrial, and public infrastructure. Mortar is used in brick works and road surfaces. Blended cement is heavily used in ready-mix concretes.

Although Africa contributes only five percent of the global output of cement, the expansion of cement companies such as AshakaCem is a beacon of hope for Africa. And it is consistent with the forecast made by the global Portland Cement Association, PCA, that the world cement consumption is expected to record sustained growth during 2013-2016. According to PCA, growth is expected to be characterised by weaker economic conditions in China and many of the industrialised economies’ cement markets. World cement consumption is expected to grow 3.6% in 2013, 4.0% in 2014, and remain near 4.0% growth during 2015-2016.

With three degrees in Business Administration and Finance, Umar Kwairanga the Sarkin Fulani of Gombe, understands global finance and its dynamics. He has found a way to manage his tight schedule between his various businesses. Currently the CEO and Managing Director of Finmal Finance Services Limited, he is also a director in many other companies.

His involvement in policy and strategy formation in the public sector through participation in intellectually challenging projects such as the Vision 2020 business support group and technical working group and active membership of the board of Gombe State Investment and Property Development has by no means equipped Kwairanga for his new position at AshakaCem.

No doubt the favourable conditions in the construction industry in the emerging markets in sub-Saharan Africa represented by Nigeria’s rising economic boom is fuelling the growth AshakaCem is recording. Equally contributing to the growth is quality of leadership of its board under Kwairanga in particular and the management of the company in general.