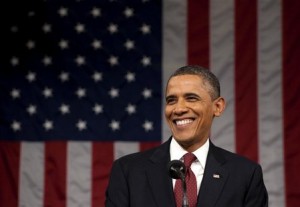 United States of America has become the largest producer of oil and gas in the world overtaking Saudi Arabia and Russia in last six months according to a research from Bank of America Merrill Lynch, BoAML.
The research showed that US oil production rose by 70 per cent since it dipped in 2008, while its liquefied natural gas output has jumped by 40 per cent since 2005.
Rising U.S. oil supplies come as an Islamist insurgency threatens output in Iraq, the second-largest producer in the Organization of Petroleum Exporting Countries, OPEC after Saudi Arabia.
Territorial gains in northern Iraq by a group calling itself the Islamic State has spurred concerns that oil flows from the south could be disrupted.
Exports from Libya have been disrupted by protests, while Nigeria’s production is threatened by oil theft and sabotage.
Nonetheless, examining the data on a state-by-state basis, BoAML also found a strong relationship between US employment growth and the production of oil and gas over the last five years.
Furthermore, wage rises have been strongest in those states with increasing oil output over the same period.
Energy intensive industries like chemicals have been particular beneficiaries of the jump in shale production. But the service sector has also had a taste of the action.
BoAML pointed out that most of the jobs waiting tables and building houses in North Dakota, the fastest growing state last year, can be traced to the boom in shale oil.
Cash has been pouring into the oil and natural gas sector, reaching close to 20 per cent of total us private fixed structure investment, the highest level ever in US history at $200bn a year and almost as much as residential investment.
However, despite America’s stellar performance, it has also been the case that crude production outside the world’s largest economy has been lacklustre in recent months.
[myad]