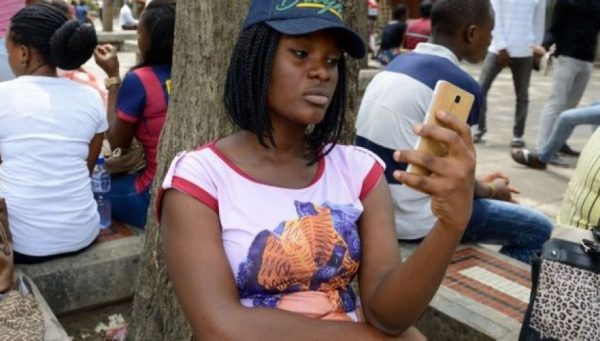 Young Nigerian students who have been tapped to recruit fresh investors in West Africa for the Hong Kong/global crypto exchange AAX have expressed their anger and confusion over collapse of the Crypto. This is coming on the heels of the implosion of FTX crypto exchange.

Nigerian media outlets reported shortly after the collapse that Nigerian-based customers of AAX had “stormed the AAX Lagos offices” in a desperate search for their funds, demanding their money while “beating up the staff available.”
report had it that dozens of students in Nigeria were recruited by investor-hungry firms to market cryptocurrencies to their peers, part of an industry push to expand their reach in West Africa, where economic instability has drawn in desperate users.
Report have it that enlisted students were being made to hit monthly targets through both the number of new investors won and total funds deposited.

It was learnt that some people were paid a monthly stipend for their recruitment work; while others worked for free in the hope of earning referral commissions.
AAX student ambassadors were asked to recruit 50 users to trade USD 250 weekly on the platform, and given a monthly target of USD 50,000 in trading volume, two ambassadors said.
The exchange had recruited nearly 50 ambassadors in Nigeria as of late-2022, according to documents seen by the Thomson Reuters Foundation.
Those who met the targets were rewarded.
FTX campus ambassadors were tasked with recruiting 20 users a month to invest USD 50,000-USD 100,000 in total.
The students earned commission for every new sign on.
They coordinated and shared photos of promotional events and activities with country managers in Telegram groups. Those who met their monthly targets received an additional USD 800 in cash.
“It was always: ‘you must get 100 people, you must bring students, you must refer, you must get them to bring money,’” said Mary, 22, who joined FTX as an ambassador at the University of Nigeria, Enugu.
She asked to be identified only by her first name, for fear of retaliation.

Crypto adoption is growing in Africa, especially in Nigeria, which ranks 11th on a global ownership index compiled by research firm Chainalysis, despite an official crackdown on crypto trading in the country.
It gained wider popularity in 2020 as Nigerians at home and overseas donated thousands of dollars in bitcoin to fund youth-led protests against police brutality, boosting its use among a demography that is increasingly wary of institutional scrutiny.
But inflation, unemployment, and rising poverty have made it a lifeline for young Nigerians – who make up more than 60 percent of a population topping 220 million people – and who have turned to crypto trading and recruitment as a new way to earn a living.

Elijah was arrested briefly last month after angry investors who had parked USD 30,000 in AAX on the student’s recommendation reported him to authorities in a bid to recover their funds.
Two other AAX ambassadors said they had gone into hiding out of fear they would be harmed by investors they had recruited.
Another AAX ambassador, Abduraoff Aderonmu, was recruited at the University of Ilorin, and encouraged to meet weekly targets of finding 50 new traders.
He hosted events at his school and convinced dozens of fellow students to put thousands of dollars into the exchange.
In November, AAX blocked customer withdrawals from its platform pending a “system upgrade” it said was vital to protect users from “malicious attacks”.
“It was a planned scam from the beginning … a very well-planned robbery,” Aderonmu said.
AAX did not respond to a request for comments.

FTX founder Sam Bankman-Fried is expected to appear before a U.S. court on Thursday after being extradited from The Bahamas, the first step in a possibly lengthy criminal case over the collapse of the bankrupt cryptocurrency exchange.
Bankman-Fried, 30, was arrested last week in the Bahamas, where he lived and where FTX is based. Federal prosecutors in Manhattan charged him with stealing billions of dollars in FTX customer assets to plug losses at his hedge fund, Alameda Research, cementing the one-time billionaire’s fall from grace.
He departed the Caribbean nation in FBI custody on Wednesday night. Just hours later, U.S. prosecutors said two of his closest former associates had pleaded guilty and were cooperating with their probe – a move that significantly ramped up pressure on Bankman-Fried.
The collapse of FTX triggered a knock-on effect that tanked the value of various tokens, and prompted users to withdraw from exchanges, including some in Africa.
FTX also made West Africa a particular focus of its business expansion, with founder Sam Bankman-Fried personally appealing to crypto users in the region to trade on his exchange just days before its collapse.