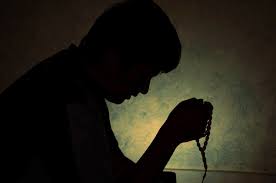 Muslims in Nigeria joined their counterparts around the world today to commence this year’s Ramadan fast, following the declaration of moon-sighting by the President-General, Nigeria Supreme Council for Islamic Affairs, NSCIA and Sultan of Sokoto, Alhaji Muhammad Sa’ad Abubakar III, yesterday. This is even as President Muhammadu Buhari, former Vice President Atiku Abubakar and other leaders asked Muslims to use the Holy month to pray for peace and development of the country.

Addressing newsmen in his palace, the Sultan stated that, Thursday June 18, marks the beginning of Ramadan 1436 A.H, urging Muslims to use the 29 or 30-day period to offer prayer for peace and development of the country.

President Buhari, in a congratulatory message released on his behalf by the Senior Special Assistant (Media and Publicity), Garba Shehu, implored Muslims to seek maximum benefits from the Ramadan period “by being helpful to all manner of people, learning and following the true message of the religion as taught by the Holy Prophet.”

The President in his message directed an appeal to the perpetrators of violence and destruction in the name of Islam all over the world to desist from tarnishing the name of the religion.

“As we make collective efforts to bring to a permanent end the menace of the Boko Haram in the Lake Chad basin countries, let me use this auspicious occasion to appeal to our misguided brothers to drop their arms, embrace peace and seek a better understanding of Islam during this Holy period and beyond,” Buhari said.

The President prayed to Allah to bring peace and harmony to all parts of the country and the world at large.

“I wish all our citizens a blessed Ramadan. Ramadan Kareem Mubarak,” the statement concluded.

Also in a statement released by his media office in Abuja today, Atku said that he was constantly saddened by the frequent explosion of conflicts and violence, which poses threat to the country’s peace.

According to Atiku, Muslim leaders should intensify efforts to eliminate the influence of extremists in the life of Muslims, calling on political leaders to show extra vigilance to stem the growth of extremism.

He expressed sadness that people have been turned to captives of fear because of the spectre of terrorism, even as he called for urgent action to attack the roots of terrorism by attacking the ideology.

To attack the ideology, he explained that innocent Muslim disciples should be shielded from the influences of extremist teachers, who might exploit their ignorance and push them into criminal atrocities.

Atiku also expressed his sadness at how a minority group of misguided bigots are giving innocent Muslims a baggage of negative image.

He, however, advised Muslims to continue to pray for the peace of Nigeria.

In their messages, Governor Akinwunmi Ambode and Speaker of the Lagos State House of Assembly, Rt. Hon. Mudashiru Obasa, stressed the need for strict adherence to the dictates of Islam throughout the period.

They also urged Muslim faithful in particular and Nigerians in general to use the Ramadan period to pray for peace and unity to reign in Nigeria.

In a statement by the Chief Press Secretary to the Governor, Habib Aruna, Ambode said Ramadan signifies a month of piety and total abstinence from food and all vices for all believers.

He urged all Muslims to ensure that the abstinence from all vices which is embraced during the period should become an everyday affair because in doing so each person would be at peace with him or herself.

The governor, who also used the occasion to preach peaceful coexistence among all residents of the state, added that it is only in a peaceful atmosphere that all plans and programmes of the present government can be actualized.

“At this critical period of nation building, the lessons of the Holy month of Ramadan must permeate all actions and deeds of the people in such a way that each person serve as his brother’s keeper always”, the governor said.

He said it should also be a period of rededication to the ideals of nation building by the entire citizenry, especially at this period when majority of Nigerians have expressed their choice at the polls for a Change which must be total and all encompassing.

Also, the Speaker, in his Ramadan message through his Chief Press Secretary (CPS), Mr. Musbau Rasak, described the fasting period as a period of sober reflection which gives Muslims opportunity to move closer to Almighty Allah and seek His face in supplication and prayers..

“It is a period of sober reflection, a period we move closer to Almighty Allah in supplication and prayers and a period prayers are answered by Almighty Allah, so it is not only for Muslims alone who should make positive use of this spiritual period but also Nigerians in general irrespective of their religious belief,” the Speaker said. 9myad]