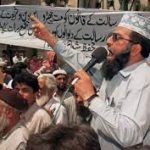 A 65 year old British man, Mohammad Ashgar,  has been sentenced to death in the Pakistani city of Rawalpindi after being convicted of blasphemy.

Asghar was arrested in 2010 after reportedly writing letters to a number of people, including police officers, claiming to be a prophet, which some believed was insulting to Islam.Pakistan is a state religion to which 97 percent of the population subscribe.

Asghar is said to have a history of mental illness, for which his lawyer argued for leniency in his sentencing, but this claim was rejected by a medical panel.

His lawyer said that she was forcibly ejected from the courtroom, with the proceedings carried out behind closed doors. She has said that she will appeal the decision.

Whilst Asghar has been sentenced to death by the court, Pakistan has had a moratorium on executions since 2008, and so he is unlikely to be killed by the state.