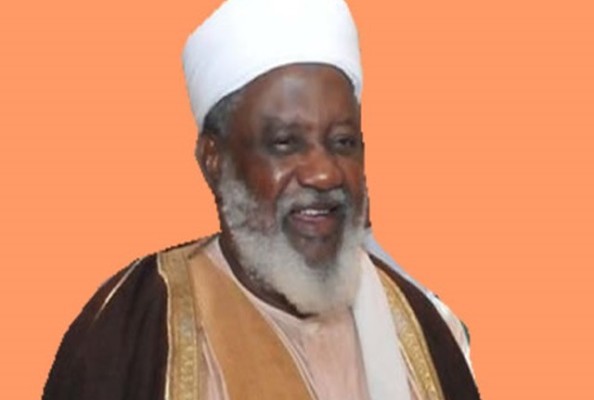 The Chief Imam of Abuja National Mosque, Ustaz Musa Muhammed, is dead, aged 68. He died today at the National Hospital Abuja where he was receiving treatment for an undisclosed ailment.

Secretary-General, Nigerian Supreme Council for Islamic Affairs, Professor Ishaq Oloyede, announced the passing on of the Imam in a statement in Ibadan today.

The statement said that there would be funeral prayers for him tomorrow, Sunday May 3, at the National Mosque, Abuja by 10.00a.m.

“On behalf of the Sultan of Sokoto, Alhaji Saád Abubakar III, Oloyede condoled with the Muslim community on the death of Musa Muhammed.”

In its condolence message, the Muslim Media Practitioners of Nigeria, described Musa Muhammed as somebody blessed with knowledge.

“This is really sad coming less than two months to the holy month of Ramadan where the Imam personally conducted Tafsir sessions for muslim men and women, including weekly sermons.”

The statement said he was a very kind- hearted and generous scholar, who combined humility and knowledge with philanthropy.
Musa Muhammed was born on April 11, 1947 and hailed from Jos, capital of Plateau State.

See also:  Osinbajo Sermonizes: We Stand At The Gates Of New Nigeria; A Nation Of God’s Promises

He is survived by four wives and 14 children.

Meanwhile, the President-elect, Muhammadu Buhari has described the death of Ustaz Musa Muhammed, the Chief Imam of the Abuja Central Mosque as a sad setback to the efforts to reunite Nigerians of various faiths after a very divisive campaign leading to the recent elections.

“He died at a time when the counsels of Nigerians of the highest calibre are needed to continue unification efforts,” Buhari said.

Reacting to the news of the death of Chief Imam, Buhari described the late Imam Musa as an inspirational leader who preached love among men and women and fought hard all his life to diminish cleavages and divisive tendencies in our country.

Buhari said the Imam’s name will occupy a proud place among those who worked for the unity, peace and the well-being of the Nigerian state.

“I join many who mourn him and in doing so, I am proud to remember a great son of Nigeria. May Allah repose his soul and grant his family and the nation the fortitude to bear his loss,” Buhari said. [myad]