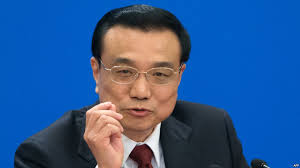 Officials in China’s Zhejiang province have launched what Christian activists call an “anti-church” campaign that has reportedly damaged or demolished about 360 church buildings and crosses.
One recent attack on China’s Christian community came with officials’ attempts to remove a cross from the Guantou church in Wenzhou.
Wenzhou, a port city on the South China Sea, has for centuries been a hub of Christian missionary activity and is known as “China’s Jerusalem.”
Before 1949, it was home to around 115,000 Christians, more than one-tenth of China’s total at the time.
On June 11, security guards with batons and riot shields were said to have been deployed to prevent members of the Guantou church from entering the building and attempting to halt the removal of a large red cross from one of the church’s domes.
Telegraph reported that the demolition workers were forced to retreat after church members got past the security personnel and disconnected the power supply. Several churchgoers were slightly injured in the scuffle.
The report said that the demolition workers returned early on Tuesday, and the cross was secretly taken down between 3 a.m. and 6 a.m.
A local Church leader, Zheng Legou, said that officials had threatened to tear down the entire church—as they did with the Sanjiang church in Wenzhou in April—if church members tried to stop the removal a second time.
The Telegraph published a photo showing a crane lifting a large red cross from the church. Another photo showed the damaged cross discarded on the church grounds.
Another church in Wenzhou scheduled to open to worshipers next year had its cross removed on June 15, according to The Telegraph.
Authorities have notified at least 15 churches that if they don’t remove their crosses by the end of June, they will face demolition, according to China Aid, a Christian advocacy group that claims some 360 church buildings and crosses have already been attacked.
Activists believe the Communist Party is attempting to rein in the growth of Christianity.
The government maintains that the demolition campaign is aimed at all illegal buildings and “eyesores” and not just churches.
But government documents obtained by The New York Times disclose that the campaign is intended to bring “excessive religious sites” and “overly popular” religious activities under control.
Christian activists are increasingly convinced, The Telegraph observes, that the “anti-church” campaign in Zhejiang “may be a precursor for similar actions across the country.” [myad]