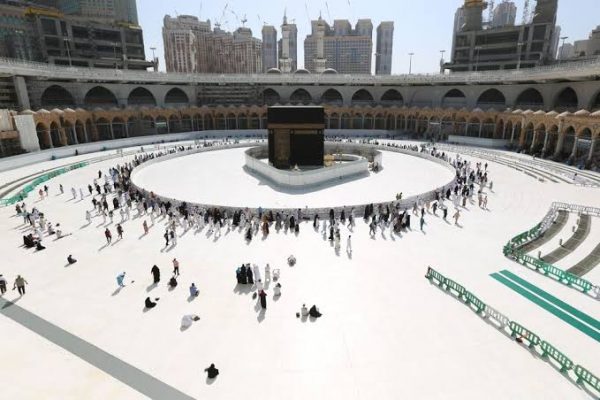 Saudi Arabia may have thrown hajj planners in Muslim countries of the world, including Nigeria, into confusion as it announced that 2021 Hajj will hold, but is not specific as to whether it will be  opened to international pilgrims.

This is even as the National Hajj Commission of Nigeria (NAHCON) had issued a notice to intending pilgrims to get ready for the hajj if international pilgrims are included.

A statement today, May 10 by the spokesperson of the Commission, Fatima Sanda Usara, said: “although no mention was made on the admissibility of foreign pilgrims for the Hajj season in the brief piece of information released by the Kingdom’s Ministry of Hajj and Umrah on Sunday 9th May, yet, the Commission holds high optimism that the custodians of the two Haramain will open their doors for international pilgrimage this year.

“As we await further communication on specific measures and organisational plans for the 2021 Hajj, NAHCON urges Nigerian intending pilgrims to continue exercising patience while remaining prayerful for positive outcome.

“If there are indeed plans for international pilgrims to participate, NAHCON is optimistic that Nigerian Hajj hopefuls will have slots even if with conditions. This is because thus far, Nigerians have been part of those admitted for Umrah and Nigeria has not been among countries barred from traveling to Saudi Arabia.

“Hence, NAHCON leadership reassures the general public, particularly registered intending pilgrims, that in its tradition, the Commission will adhere strictly to those measures and guidelines that will be stipulated by the Saudi Ministry of Hajj and Umrah. NAHCON is therefore charging other Hajj stakeholders and hopefuls to be ready to comply in order to ease the process for the country and host country such that will pave way for a successful Hajj operation despite time constraints.”