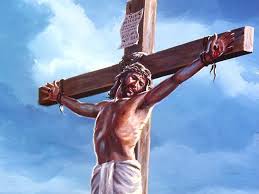 Over a 1,500-year-old Bible which rejected the crucifixion of Jesus Christ has been found in Turkey.
Reports say the Turkish government has transferred the book which was discovered and kept secret in Turkey for 2,000 to the Ethnography Museum of Ankara with a police escort.
Meanwhile, Vatican authorities are said to have called on the Turkish government to allow its experts to examine the content of the book.
This is even as the authorities in Ankara said that the said Bible had been snatched from a mob of smugglers in a Mediterranean region operation.
The book is said to contain the Gospel of Barnabas, a disciple of Christ, and says that Jesus had not been crucified but ascended to heaven alive. St. Barnabas was an early Christian and is traditionally identified as the founder of the Cypriot Church.
It also says Jesus was not the son of God but a prophet who spoke the word of God, calling Apostle Paul “The Impostor.”
The text maintains a vision similar to Islam, contradicting the New Testament’s teachings of Christianity.
The ancient book also foresees the coming of Islam’s Prophet Muhammad (peace be upon him).
It is hand written in Syriac, a dialect of Aramaic, which is said to be the native language of Jesus Christ.
Some experts and religious figures believe that the book is original. [myad]