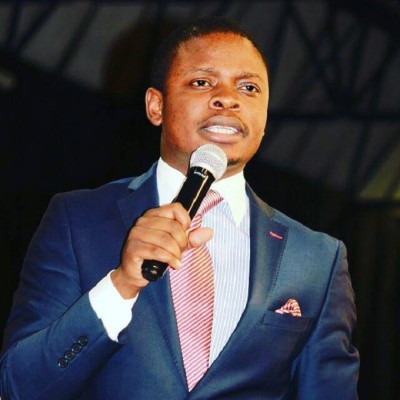 A Malawi pastor and the founder of ECG ministries, Prophet Shepherd ‘Major 1’ Bushiri is allegedly selling ‘blood of Jesus” in plastic bottles.
According to a Zambezi Reporters, Prophet Bushiri is selling the blood in 500ml and 750ml plastic bottles.
“One congregant who confessed to be a loyal member of ECG ministries revealed that the blood heals every calamity and problems.”
The Pastor, described as one of the richest in Africa having recently acquired his third private jet in a space of two years, is said to be selling what his church members said: “the blood.
One of his church members who would not mention her name said: “we have been using anointing oil which is called “The Lion of Judah” before and we have been using anointed mantles, bracelets and DVDs but this time the power is released. Major 1 introduced “The Blood of Jesus” is the real blood of Jesus which was extracted at Calvary when the Son of God was crucified. As sons and daughters of Major 1, we don’t really care what people will say, we understand this revelation as a ministry (ECG family), people are on the move to drag our father’s name into disrepute but God elevated him to address our problems.
“The blood of Jesus is being sold at our worship center the smallest bottles 500ml are costs R20 000 and the 750ml bottle costs R30 000. We don’t care about the price but the results, as we are speaking the Blood of Jesus has resurrected reported five people and healed hundreds since launch.