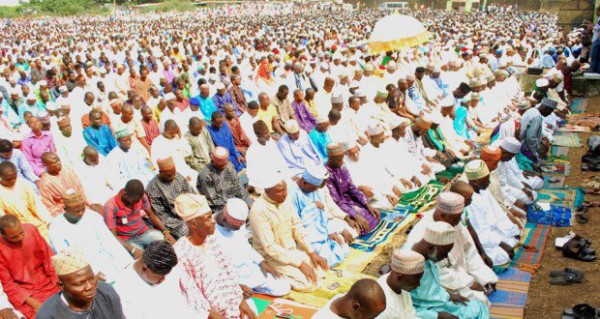 In his message, President Buhari said that the greatest commitment to Islam is for Muslims to put its good virtues into practice, and by making justice and righteousness the guiding principle of their everyday life.

The President who asked Muslims to be the mirror through which others see the good virtues of Islami, stressed: “Islam is a religion of peace and we should avoid violent extremist ideas that give Islam a wrong name because our conduct leave more lasting positive impressions than what we say by word of mouth.”

The President regretted however that violent extremism is the greatest challenge facing Islam today “and the only way we can neutralise its evil influence is to distance ourselves from the activities and teachings of those who preach indiscriminate violence against innocent people. And this flies in the face of the teachings of Islam.”

He advised parents to “protect their children from the deadly exposure to violent extremists who manipulate and exploit those children for their own evil agenda.

“Boko Haram became a deadly force and a major security scourge because Muslim societies were indifferent from the beginning to the activities of extremist preachers who manipulate innocent and gullible followers.

“Extremism is like a cancer, which must be detected and destroyed from its early stages of growth.”

The President assured Nigerians that the Boko Haram terrorism, kidnappings and other forms of banditry would be dealt with uncompromisingly “until we see the back of these evils plaguing our country.

“Despite occasional setbacks’’, the President explained that “the Boko Haram militants have been so militarily weakened and scattered by our Armed Forces that they are no longer in a position to occupy any part of Nigeria, let alone hoist their flag and impose their reign of terror longer than 24 hours.

“As our armed forces get more equipped and trained, in addition to being more motivated and reinvigorated, this administration is relentlessly committed to protecting Nigerians no matter what it takes to bring a permanent end to this evil.”

He advised Muslims to be tolerant and continue to work for peace, unity, national integration, and peaceful coexistence.

This was even as the former military Head of State, General Gowon appealed to Nigerians, irrespective of tribe, religion and political inclinations to pray fervently for the peace in the country.

He said that development can only be guaranteed under the atmosphere of peace and tranquillity, saying that everybody must enhance peaceful co-existence in their respective communities.

Also, the Deputy Senate President, Senator Omo-Agege expressed optimism that Nigeria can overcome its myriad of problems with fervent prayers by the citizenry.

In his Sallah message, the deputy Senate President enjoined Muslims to use the period of Eid el-Kabir to pray for Nigeria to overcome its present challenges, even as he called on Nigerians to be tolerant and continue to work for peace, unity and progress of the country.

“As Nigerian Muslims join the rest of the world to celebrate the Eid el-Kabir festivities, I rejoice with them and wish them a hitch-free Sallah celebration.

“We must continue to strengthen the spirit of oneness, regardless of religious, ethnic, regional, and political diversities, for that is the only way to build a greater Nigeria,”

Senator Omo-Agege expressed the readiness of the Ninth National Assembly to work with the Muhammadu Buhari-led administration to ensure that Nigerians enjoy the dividends of democracy by actualising all the programmes in the All Progressives Congress’s Next Level Agenda.

He also called on Nigerians to eschew bitterness and ill-feelings towards one another as the country stands to gain a lot from a united front.