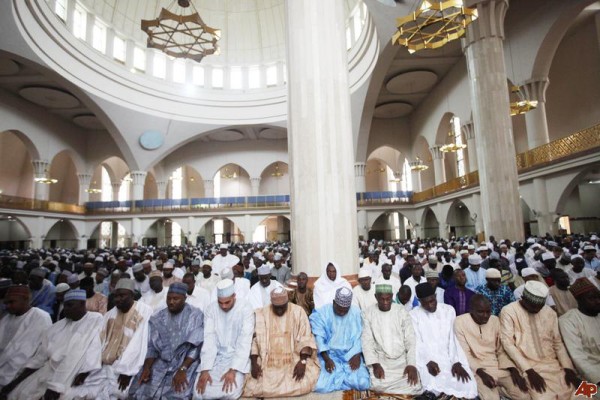 Muslims all over the world will begin the 30-day Fasting from tomorrow, Monday, May 6, with the sighting of Ramadan Moon in various locations across the country and other parts of the world.

The Sultan of Sokoto, Alhaji Sa’ad Abubakar has therefore formally announced the commencement of the Fasting Tomorrow.

Across the world, Muslims fast each day for the entire month of Ramadan, abstaining from food and drink from dawn to dusk. That means about 15 hours without food, water, cigarettes or caffeine.

Fasting is aimed at drawing worshippers closer to God through self-control, remembrance and humility. The challenge of fasting for many is also a chance to reset spiritually and physically, kick bad habits and purify the heart.

During the day, Muslims must also abstain from sex, gossip and cursing, and are encouraged to focus on meditative acts like prayer, reading the Quran and charity.

It’s common practice across many Muslim-majority nations for liquor stores and hotels to curb the sale of alcohol during Ramadan. Often, restaurants shutter their doors during the day.

Those exempt from fasting include children, the elderly, the sick, women who are pregnant, nursing or menstruating, and people travelling.

The Ramadan fast begins with a pre-dawn meal called “suhoor” to prepare hungry stomachs for the long day ahead. A typical suhoor often includes bread, vegetables, fruits, yogurt, tea, as well as lentils and beans.

At sunset, when it’s time to mark the end of the daylong fast, families and friends gather for an evening meal known as “iftar.”

Muslims typically break their fast as the Prophet Muhammad did some 1,400 years ago, by eating sweet dates and drinking water, followed by a sunset prayer. Then, the iftar meals are enjoyed. These are often lavish affairs of home-cooked platters of rice, stews and meat, as well as spreads of desserts and other sweets.

Sultan Of Sokoto To Muslims: Look For New Moon Tomorrow For Ramadan

A Look Into The Plight Of Rohingya Muslims As World Leaders Gather In New...