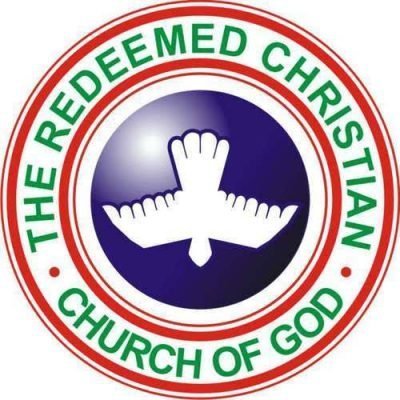 A 55-year-old pastor of the Redeemed Christian Church of God (RCCG), Bayo Akinjiyan has written an open letter to the leadership of the church asking that he should be paid the sum of N17 million which the church owes him, even as he complained about how he was ejected by the church from a N15 million house he built with his money in Lagos.

In the letter, which he addressed directly to the RCCG General Overseer, Pastor Enoch Adeboye, pastor Bayo said that since he resigned from the church in 2013 after attaining the position of an assistant provincial pastor at Lagos Province 25,  he is yet to be paid what the church owes him.

“After waiting for over two years as my grievances had yet to be addressed, I decided to write an open letter to the leader of the church.”

Pastor said that after his resignation and exit from the church, he was forced to vacate a N15 millioin house he personally built on Plot 15, Diligence Road, Redemption Camp on Lagos-Ibadan Expressway, in line with the policy of the church that a non-member has no right to own any building at the camp.
He said that after handing over the property to the church, the receipt was yet to be acknowledged by the authorities of the church, even as he claimed that he is also being owed consultancy fees amounting to N2 million for projects designed, supervised and or managed by him since 2012.
His letter reads in part: “First, I want to address the attitude and response of the authorities and leadership of the Redeemed Christian Church of God over the house on Plot 15, Diligence Road, Redemption Camp Estate, Redemption Camp, Lagos-Ibadan Expressway that I handed over to them upon my voluntary exit from the church after 23 years of meritorious service and having risen to the position of assistant provincial pastor.

“This was contained in my letter of resignation, dated November 3, 2013. That I gave my best in this adventure was alluded to by the church in the letter of release, dated March 11, 2014, which states inter alia, ‘…We wish to appreciate you for your contributions to this ministry and we pray that God will reward and support you in your future endeavours…’

“Secondly, the attitude and response of the Board of Governors of Christ the Redeemers College, Sagamu, Ogun State Nigeria — a private secondary school operated by Christ the Redeemer’s Ministries, an affiliate of RCCG, over an unpaid consultancy fees on projects designed, supervised and or managed by me since 2012.

“I know the implications of my actions and having fully weighed my options, I hereby accept full responsibilities for my actions. My decision to inform the Christian community and the larger society is not aimed at destroying or tarnishing the image of anyone or maligning the church that once gave me fire, but rather, it is aimed at putting records straight and satisfying my God and my conscience.

“I have prayed over this matter, consulted those that I needed to, and I’ve come to the conclusion that God is on the side of those who have a right standing with Him.

“Let us address the first issue — the house at Redemption Camp. In line with the policy of the RCCG mission on those who build on its land, the keys to the house on the above mentioned location, which is a five-bedroom house (all en-suite), valued by a firm of chartered estate surveyors at N15.5m as of December 5, 2011, were submitted to the church through my letter to the General Overseer, dated March 4, 2014 upon my voluntary exit.

“Reminders were also sent through four other letters dated September 2, 2015, January 2, 2016, March 10, 2016, and June 27, 2016. Of all these letters and reminders, the only response I had was a letter dated October 9, 2015, acknowledging the letter of September 2, stating as follows: “We wish to inform you that the issues raised in your letter have been referred to concerned officials for their comments and response. We shall get back to you as we receive feedback and further directives from the mission authority.”

The pastor added:“Almost a year down the line, I am still waiting. My request was that the church should at least officially acknowledge the receipt of the house, even if there is no form of compensation.

“The God who built that for me can always give me a better one. This is my belief. The need to acknowledge the takeover of the house becomes necessary for at least two reasons: first, when I get to heaven (and by the grace of God I will make it), there will be an official and authentic record from RCCG in my favour, of the house that was forfeited to her as a result of doing the will of the Master here on earth.

“Secondly, it is to my knowledge that properties said to belong to the leadership of the church or that of the RCCG Mission sometimes allegedly, carelessly and surreptitiously fall into wrong hands.

“In view of this development, the question is: Is Pastor Adeboye even aware of this house in question of having been handed over to RCCG?

“If yes, has he given an instruction for my request to be granted? If yes, what is delaying his instruction from being carried out almost a year after? If no action has been taken with all these efforts of mine, what is the reason for this?”