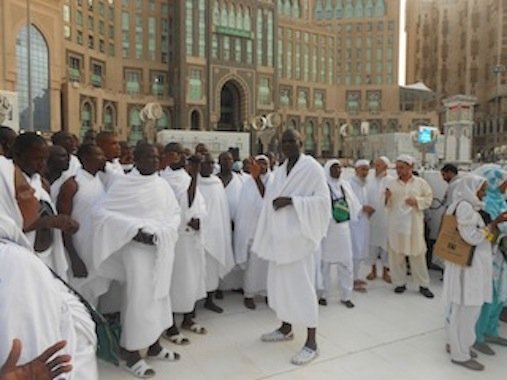 A senior nurse in the medical team of the National Hajj Commission of Nigeria (NAHCON), Aminu Rufa’i Bello has been reported dead in the Holy land a few hours to his flight back to Nigeria after performing this year’s hajj.

The Commissioner in charge of health matters of NAHCON, Dr. Ibrahim Abubakar Kana, who announced his death, said that the deceased, who died in his sleep in the early hours of today, August 25, was a member of the national medical personnel to Hajj exercise in Saudi Arabia.

Dr.Kana said that the news of the death of the hardworking nursing officer, was received with sadness as he was scheduled to reunite with his family in Nigeria on Monday morning.

He said the deceased was in high spirit and was with his roommates till about midnight without exhibiting any signs of illness only to pass on peacefully in his sleep.

He added that the Chairman of NAHCON, Abdullahi Mukhtar Muhammad, who broke the sad news to his family in Zaria, was immediately briefed.

Kana, who described late Rufa’i as one of the most dedicated nurses on the medical team to the Hajj this year, expressed his personal anguish at losing such a committed member.

Meanwhile the first batch of FCT pilgrims was airlifted to Abuja from Jeddah on Sunday after performing the Hajj rites in Mecca almost two weeks ago.

The contingent of over 500 pilgrims left aboard a FlyNAS flight that departed Jeddah in the afternoon.Over 2,500 pilgrims from the FCT performed the Hajj this year.

His death has brought to 11 the number of Nigerian pilgrims known to have died during this year’s  hajj rites in Saudi Arabia.