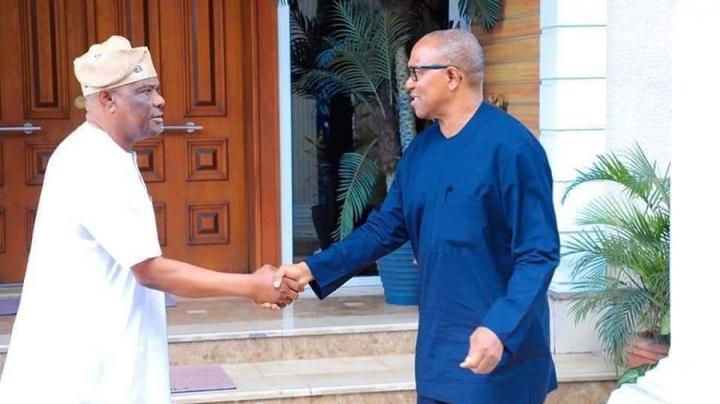 There are signs that the Presidential flag bearer of the Lbour Party (LP), Peter Obi, the Governor of Rivers State, Nyesom Wike, the Governor of Bauchi State, Bala Abdulkadir Mohammed and other notable politicians in the opposition Peoples Democratic Party (PDP), are working towards a gang-up in alliance to wrest power from the All Progressives Congress (APC) at the centre.

Lately, such governors and PDP top shots have visited the Rivers State Governor in P       ort Harcourt, the state capital in the build up to the crucial 2023 general elections. 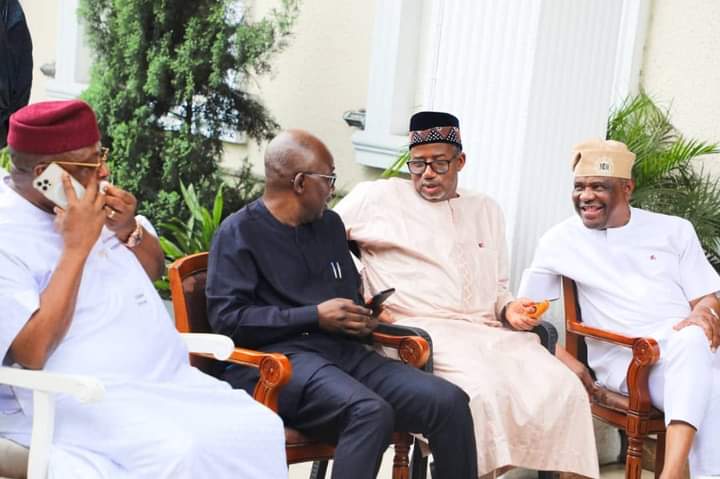 Coming closely on the heels of Obi’s visit was the visit by the Bauchi State Governor, Senator Bala Mohammed, who also participated in the party’s presidential primary poll but was trounced by Wike.

It was learnt that the meeting between Wike and Obi centred on the way forward for Nigeria, especially on strategic collaborations that could produce a Southern presidency in 2023.

Wike is a strong advocate of presidency rotating to the South of the country in 2023 after eight years of Northern presidency which is still being held by President Muhammadu Buhari.

While Wike had been assured through his strategic moves  that he would upset Atiku and emerge as the party’s candidate, Obi had on his part, resigned from the party over which structure he had no control to stake his presidential bid on the platform of the Labour Party.

Obi had resigned and withdrawn from the PDP primary poll so as to not run fowl of the provisions of the extant laws.

The closed-door meeting between Wike and Obi at the Government House in Port Harcourt, as learnt, dwelled on the issue of southern presidency within the context of the overarching national interest.

Series of meetings, it was learnt, are expected to culminate in significant resolutions that will be salutary to the outcome of the 2023 General Elections, particularly the presidential poll.