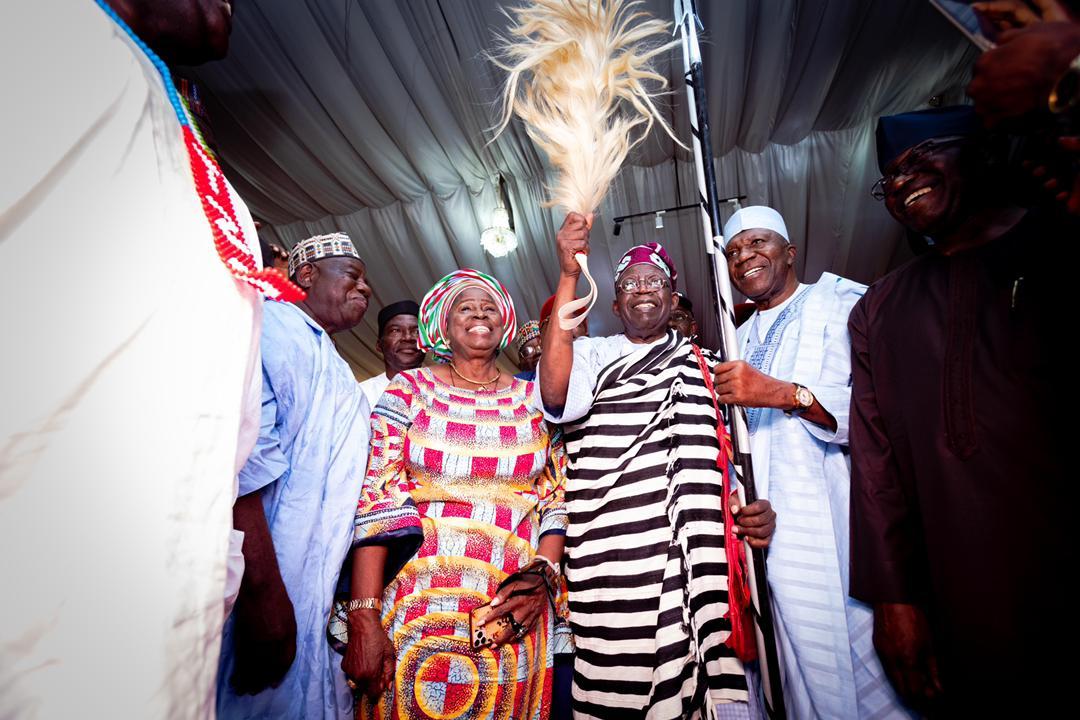 Pan-Yoruba socio-political organization, Afenifere, has concluded that Asiwaju Ahmed Bola Tinubu as President of the Federal Republic of Nigeria will provide the best opportunity to produce a government of that will usher in a new Era of hope, peace, security, harmony, gainful employment for the multitude, economic development, social and political stability.

The leader of the group, Pa Reuben Famuyide Fasorati, who led other leaders from all parts of Yorubaland to a crucial meeting with Asiwaju yesterday, October 30 in Akure, capital of Ondo State, said that the conclusion was made having taken cognizance of his (Tinubu’s) commendable antecedents as Lagos State Governor and his demonstrated ability in building physical and human capital.

“The Yoruba Leaders, at today’s meeting, are in no doubt that Asiwaju Ahmed Bola Tinubu as President of the Federal Republic of Nigeria offers the best opportunity to produce a government of that will usher in a new Era of hope, peace, security, harmony, gainful employment for the multitude, economic development, social and political stability.”

The Yoruba nation affirmed that Nigeria as a country must be established on the basis of democracy, true federalism and social justice and that Democracy is the most civilised method of governance because it is based on the fundamental human rights of every citizen to determine how he or she wants to be governed.

“We support the decision of all qualified citizens to exercise their fundamental rights of seeking offices provided by the federal Constitution.

“We were also assured us of his commitment to the promotion of true federalism that will give states more control over their affairs.”

Afenifere wished Asiwaju Tinubu success in the pursuit of his vision even as it called on other presidential candidates to utilise similar opportunities to articulate their vision.

The meeting with Asiwaju was attended by Yoruba Leaders from Oyo, Ogun, Ondo, Ekiti, Osun, Lagos, Kogi and Kwara States.

The meeting was fully briefed about the aspiration of Asiwaju Bola Ahmed Tinubu to contest for the Presidency of Nigeria in the forthcoming Elections in February 2023. He even presented his Manifesto to Baba, the Asiwaju of Yorubaland.

He shared with us his vision of a greater and more prosperous Nigeria where democratic rights, rule of law, justice and fairness will reign supreme. He also gave assurance on steps to be taken to ensure safety and security of Nigerians and their properties.