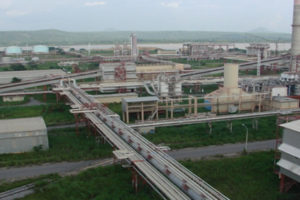 A socio-cultural group in Kogi State Central Senatorial District, De Club 10 Nigeria, has appealed to the President-elect, Muhammadu Buhari, to use the early part of his second term to complete for full operation, Ajaokuta Steel project and other projects in appreciation of the historic support the people in the District have been giving him.

In a congratulatory message to President Buhari on his re-election at the February 23 Presidential poll in the country, De Club 10 Nigeria expressed confidence that the president will also see to the full operation of Itakpe Iron Ore project, located in the Senatorial District.

The congratulatory message, which was signed by the Club’s President, Alhaji Saidu Yusuf, pleaded with present Buhari to, as a matter of priority; embark on the construction and full operation of Ekuku and Osara Dams. 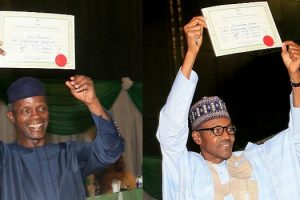 It said that while Ajaokuta and Itakpe iron ore projects will provide jobs for thousands of Nigerians, the Dams will boost agricultural business for over 85 percent farmers that constitute the entire populace in the District.

“Such farmers will continue to remember you long after you leave office, as the leader who had brought the ease of doing food growing business to their doorsteps.”

De Club 10 Nigeria also pleaded with the president to appoint a minister from the senatorial district because of the massive support he had been enjoying from the people in the area.

“It is important to let you know that over 95 percent of the people in the senatorial district, including civil servants, petty traders, business people and farmers who form the bulk of your support base, have consistently been voting for you since 2003 that you made foray into the nation’s democratic contest for leadership.”

The Club appreciated the attention which Buhari government had given to infrastructural development across the country, especially the Itakpe-Warri rail line, and pleaded that he extends similar thing, especially the construction of dilapidated federal roads from Lokoja to Okene, Okene to Kabba, Okene to Auchi and others in the area.

The Club then prayed to God to grant the President-elect sound health, political wisdom and courage to take the country to the next level of development in all sectors.