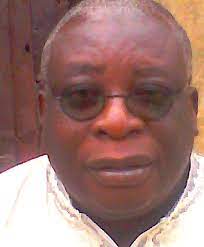 The death, yesterday, July 27, 2022 in Kaduna, of one of the few veteran editors and thorough-bred journalists of our time, Alhaji Abdulhamid Babatunde Agaka came as a rude shock and surprise to those of us that have admired his writing prowess and sharp editorial judgment, but it didn’t look surprise to him.

In fact, Abdulhamid Babatunde had always believed strongly that sooner or later, he would return to his maker, especially as he began to see his children growing. As a matter of fact, I had a chance meeting with him in Abuja a couple of years ago after a decade since we parted, and in the course of discussion, he veered into personal issues, asking me about my children, three of whose naming ceremonies he attended back then in Gworon Dutse, in the Kano main municipality. I also, naturally asked after Ahmad, his eldest son, whose naming ceremony I also attended in the early 80’s at No-man’s land in the Sabon Gari area of Kano.

In response, he said: ‘”Ahmad is now a big boy. He is even taller than me now. In fact, when your child grows up to the point where he can conveniently use your shoes or shirts, you should know that your time (death) in this world is just around the corner. We have paid our dues and just waiting for us to return to where we came.”

In fact, when I was employed in 1982 by the New Nigerian newspapers, a Federal Government owned newspapers, founded in Kaduna along with the Federal Radio Corporation by late Sardauna of Sokoto and Premier of the Northern Nigeria, Sir Ahmadu Bello in the 60’s, I was instantly posted to Kano where Abdulhamid Babatunde held sway as the newspapers State Editor. I was to assist him in the news coverage of the old Kano State, now divided into Kano and Jigawa States.

It was a joyride for the two years I worked under Abdulhamid Babatunde. He was not only a teacher, showing me, as young reporter (just two years in the profession) how to gather news and how to write them, especially the intros, he also became a friend and confidant, to the extent that when he was marrying his wife, an Igbo lady, named Stella, who later changed her name to Salamatu, he involved me fully in the preparations. As at the time they married, Salamatu was actually a lady Journalist too.

Not quite two years after I joined him in Kano, Abdulhamid Babatunde was transferred to the Headquarters in Kaduna, where he eventually became the chairman of the Editorial Board of the newspaper organization. I was left in Kano as acting State Editor. That was the first major parting the two of us had. But we still maintained staccato contacts, either through my visits to the headquarters for one official reason or the other or his few-and-far-between visits to Kano.

Sometime towards the end of 1987, I had a serious issue with the then the military President of Nigeria, General Ibrahim Babangida via a story I wrote about his wife, late Mariam. The story was published in the newspaper. I was locked up for three months at Ilaro prison in Ogun State after being arrested at the Kano International Airport, when the aircraft I traveled in from Saudi Arabia landed. When I was released after several “shouts” by various bodies, including the Nigeria Union of Journalists (NUJ), the New Nigerian Newspapers management sacked me without giving me an opportunity to explain myself.

It was Abdulhamid Babantunde who, as I reflect in my soon-to-be published autobiography, gave me a word of courage thus: “from what had happened, you should’ve expected that the New Nigerian newspapers would sack you. You know they (the Federal Government) own it hundred percent. Anywhere you would wish to find a job, let me know so that I would render whatever assistance I can.” – (November 30, 1987).

After several attempts at securing another job failed, as the officers of the State Security Service (SSS) continued to trail me (secretly) to anywhere I sought an employment, as a way of frustrating me out of the profession, I ran to Abdulhamid Babatunde in Kaduna, who instantly employed me, damning the consequences. He was threatened by the officers of the SSS but he would not bug. He posted me back to Kano as State Editor in 1989.

That was the way of Alhaji Abdulhamid Babatunde. He was very courageous, dexterous in service and professional all through in the art of journalism and writing. He, indeed, was a prolific writer, so much that he became the power behind all the writings that were attributed to one of the outspoken politicians of our time, late Wada Nas, and many others.

Abdulhamid Babatunde, who was born on February 26, 1956, joined the service of the New Nigerian newspapers, the pioneer Northern newspaper based in Kaduna, in 1974.

Abdulhamid Babatunde, in the bid for excellence in Journalism, attended several media trainings, workshops and conferences at home and abroad, and was an alumnus of the Nigerian Institute of Journalism, Lagos.

The late veteran journalist also held executive positions in the Nigerian Guild of Editors (NGE), where he was a Fellow.

Alhaji Abdulhamid Babatunde, who was once the Secretary of the Jokolo Committee set up by then President Olusegun Obasanjo, in 1999, is survived by four children: Ahmad, Maryam, Halima and Abdulhamid (Jnr).

He is also survived by other siblings, including Malam Ismail Ila Agaka, a former Managing Director of Nigeria Social Insurance Trust Fund (NSITF) and Ilyasu Baba Agaka, a Director at the Presidency among others.

I would say that I also feel a great sense of loss in view of the positive roles he played in my formative years as journalist. Even after retiring from active practice as he settled for consultancy work, he had kept monitoring my progress in the profession, so much that he virtually married himself to Greenbarge Reporters, an online newspaper I floated in 2012 after I too, voluntarily retired from serving others. He used to sometimes make comments, either commending the news items I featured on the platform or correct some of them.

While, I wait for my turn in the journey to the place we all came from, I wish Abdulhamid Babatunde Allah’s forgiveness of his sins; the ones he committed knowing and others he committed without knowing them; and a peaceful rest in the bosom of the Lord, and eventually, Al-Jannatu Firdausi. 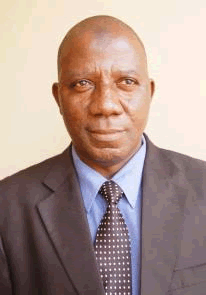 Yusuf Ozi Usman is the Editor-In-Chief of Greenbarge Reporters online newspaper and Chief Executive Officer of the Greenbarge Media and Communications Limited based in Abuja, Nigeria.