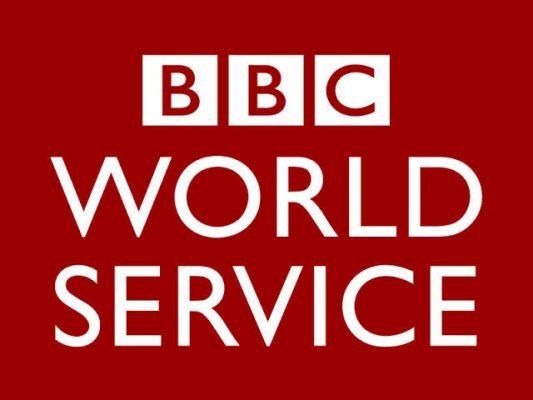 The British Broadcasting Corporation (BBC) has apologized to Nigeria over the lies and misinformation it churned out about the Lekki crisis and other crises that emanated from the EndSARS Protests in some parts of the country.

The Corporation took its time to give details of many fake news it aired about Nigeria to the world. They go thus:

Protests began earlier this month in Nigeria calling on the authorities to abolish a controversial police unit called the Special Anti-Robbery Squad (Sars).

The story has started trending globally, with thousands of posts on social media, but not all of them factual. We have looked at some of the misinformation that has spread online.

The woman protestor whose brothers were not killed by the police

A striking image of a woman called Ugwu Blessing Ugochukwu crying while holding a folded Nigerian flag, and sitting on top of a statue have been widely shared on Twitter.

The image is real, and she had joined protests in south-eastern Nigeria. But as the image was shared, people started adding misleading information.

“Not one brother…3…on the same day…killed and dumped in a well,” a widely-circulated reply to one of the posts with the image said, claiming she’d lost family members at the hands of the police.

When we contacted a spokesperson for Ms Ugochukwu called Gideon Obianime, he told us this was not true.

“I think people started adding assumptions to the photo. She has been getting a lot of backlash [over this],” Mr Obianime told the BBC.

Carrying the national flag will not protect you from the army

This unproven claim has gone viral – that a soldier cannot shoot someone holding the Nigerian flag.

The claim appears to have originated from a screenshot of a conversation, in which someone says they were told this by their dad, a retired army officer.

Someone replies saying: “I think this is military code… You guys should repost so protesters will see.”

However, there’s no evidence for this, and some accounts have since deleted their posts after other online users pointed out it was misleading.

Onyekachi Umah, a lawyer in Nigeria, told the BBC there were laws about respecting the national flag, but added: “Just the fact that someone is holding the flag would not mean they [the army] cannot act.”

We have asked the army to find out if the practice is not to target any person holding the flag, but they have yet to respond.

However, a Nigerian journalist told us they had asked a former senior officer about this, and had been told no such practice existed.

A few days into the protests, a video was posted online showing one of President Muhammadu Buhari’s advisers, Femi Adesina, apparently referring to them as just “child’s play”.

Many interpreted this to mean the president’s adviser was dismissing the protests.

Alongside the video was a message: “If you are not angry enough, I hope this video helps you.”

But the video is old and has been edited out of context.

It relates to a different set of protests held two months ago – and has nothing to do with the Sars issue.

At the time, Mr Adesina had been on a local TV station talking about those protests. But the video posted on Twitter has been edited to remove the introduction, which would have given the proper context.

The TV station concerned, Channels TV, has now issued a clarification about the video.

And Mr Adesina himself has released a statement, thanking the station for the clarification, and saying that the misleading video led to his phone being “bombarded…. with curses, expletives, and messages from the pit of hell”.

And now for an example of something being called out as fake that did happen – although exactly who was involved is not clear.

A video showing looting and violence at a shopping mall in south-west Nigeria’s Osun state over the weekend became the subject of accusations and counter-accusations about links to the anti-police brutality protests.

The short video was posted by a Twitter account belonging to the All Progressives Congress UK – a group allied to Nigeria’s ruling party – alleging that protesters linked to the anti-Sars movement were looting.

But some online users supporting the anti-Sars protests were quick to dismiss the video.

They said it was not related to Sars protests, but from the retaliatory attacks last year against South African-associated businesses after Nigerians had been targeted in South Africa.

From the video, some shops in the location can be clearly identified and we found they match photos posted on the Osun Mall website.

The BBC spoke to one of the shop owners and someone who witnessed the attack, who confirmed it took place.

Also, this mall only opened in December last year, some months after the xenophobic attacks – which rules out the video being from then.

We have contacted the state police to try to find out who was involved in the incident, but have yet to receive a response.

A tweet that has been re-tweeted thousands of times falsely claimed that Catholic bishops had marched in support of the protests.

The tweet included a photo showing bishops among a procession of people, most of them wearing black, with some carrying placards.

A reverse image search shows it is from March, when the Catholic Bishop’s Conference of Nigeria (CBCN) led a protest in Abuja against killings and kidnappings in the country.

The umbrella body of Catholic Bishops in Nigeria has issued a statement supporting the Sars protests, but they have not physically joined in any protests.