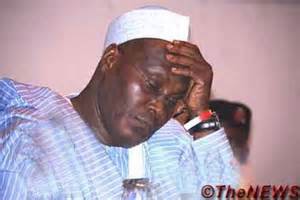 President Muhammadu Buhari has finally heaved a sigh of relief as the Supreme Court dismissed the appeal of the presidential candidate of the People’s Democratic Party (PDP), Atiku Abubakar, over the 2019 presidential election.

A 7-man panel led by the Chief Justice of Nigeria, Justice Tanko Muhammad, today, October 30, dismissed Atiku’s appeal for lacking in merit, CHANNELS TV reports.
Justice Muhammad, who spoke on behalf of other Justices stated that members of the panel had read all the documents and exhibits filed in the case for about a fortnight, within which the panel discovered that the appeal was lacking in merit.
The CJN noted that the reason for the apex court’s decision would be made known on a latter date which would be communicated to all concerned.